1 KTM Announces 2022 350 EXC-F With Factory Racing Treatment, Is Ready to Tackle Any Terrain

Home > News > Videogames
Cosmin Vasile
The main MX vs ATV series is more than 15 years old, but the last title, MX vs ATV All Out made its debut on PC and consoles back in 2018. Fans of the franchise will be happy to know that THQ Nordic plans to expand the franchise with yet another title that was unveiled earlier today during the publisher’s 10th anniversary digital showcase: MX vs ATV Legends.
7 photos

Unlike any of the previous games, MX vs ATV Legends offers a lot more freedom to players thanks to its massive new open environments. Also, developer Rainbow Studios announced the game would feature the most in-depth career mode, where players can make choices that will lead to different paths, sponsorship opportunities, and special invitational events.

Some of the most treasured gameplay features from the previous games will make a comeback in MX vs ATV Legends, such as player-controlled in-air physics. More importantly, Rainbow Studios says we should expect a lot more precision when riding on difficult terrain thanks to the refined physics system.

Of course, fans of the series can spend a lot of time personalizing their vehicles thanks to the wide array of customization options that Rainbow Studios plans to deliver. And for those who love being competitive in a racing game, MX vs ATV Legends features support for 2-player split-screen and 16-player squad-based gameplay.

Unfortunately, THQ Nordic is keeping us in the dark when it comes to its release date, so we’ll have to wait until the publisher is ready to share that information with the world. On the bright side, we did get a cool cinematic trailer, several screenshots, and the promise that MX vs ATV Legends will be coming to PC (via Steam), PlayStation 4, PlayStation 5, Xbox One, and Xbox Series X/S. 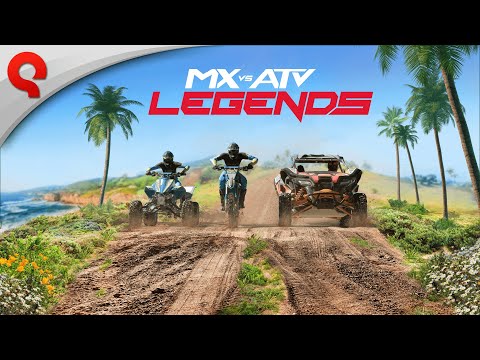