3 Bugatti Chiron Gets 1955 Chevrolet Face Swap, Is Anyone Twisted Enough to Actually Do It?

4 Widebody 1962 Volkswagen Beetle Really Looks Like a Bug, It’s Almost the Size of One

5 Hideous Hellaflush Mercedes-Benz S124 Is Not the Toy Your Parents Used to Play With
Car video reviews:
Coverstory

Back in late June, our trek through the world of custom diecast Hot Wheels brought us face to face with something called the Mazda CX-5 Speed Off-Road. Designed for tabletop rallying games by a shop called Jakarta Diecast Project (JDP), it received later that same month its own dedicated transport truck.
10 photos

We all know racing cars get transported to their workplace and do not move there under their own power, for a variety of reasons. And since JDP’s creations try to be as life-like as possible, to the tiniest of details, it was only natural for the said Mazda to get its sidekick/racing aid as well.

For the job at hand, JPD chose a Hot Wheels Aero Lift truck, the likes of which have been in the toy maker’s offering since about three years ago. Spectacular enough in themselves to be enjoyed in some playing scenarios, or simply as static displays to impress your friends, these trucks were not enough for JDP’s goals, so serious modifications had to be made.

As usual, how the Aero Lift was transformed from a road-going race car transporter into one that could easily tackle off-road terrain is detailed in a video, about 12 minutes long and attached below.

The most important change is that the truck was converted from a 4-wheeler into a powerful 6x6, with apparent independent suspensions all around, and more than capable of holding on to its cargo no matter the roughness of the trail to be taken (check gallery for more on that).

As for the matching Mazda it carries on its back, it too is the star of a transformation video, and we’ve attached that below this text as well, in case just 12 minutes of customizing Hot Wheels is not enough for the start of the 4th of July weekend. 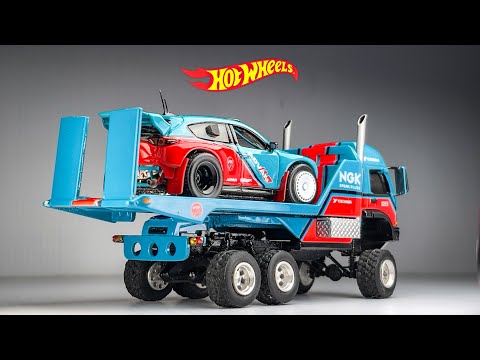 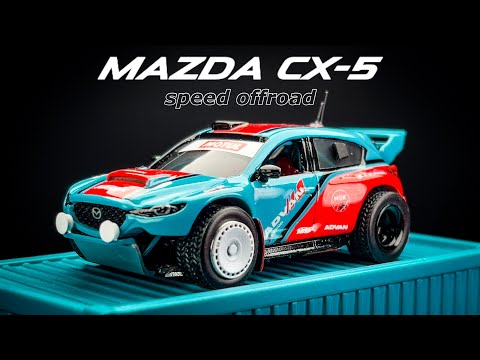