4 BMWs to Tell Rescuers How Severe an Accident Was
Coverstory 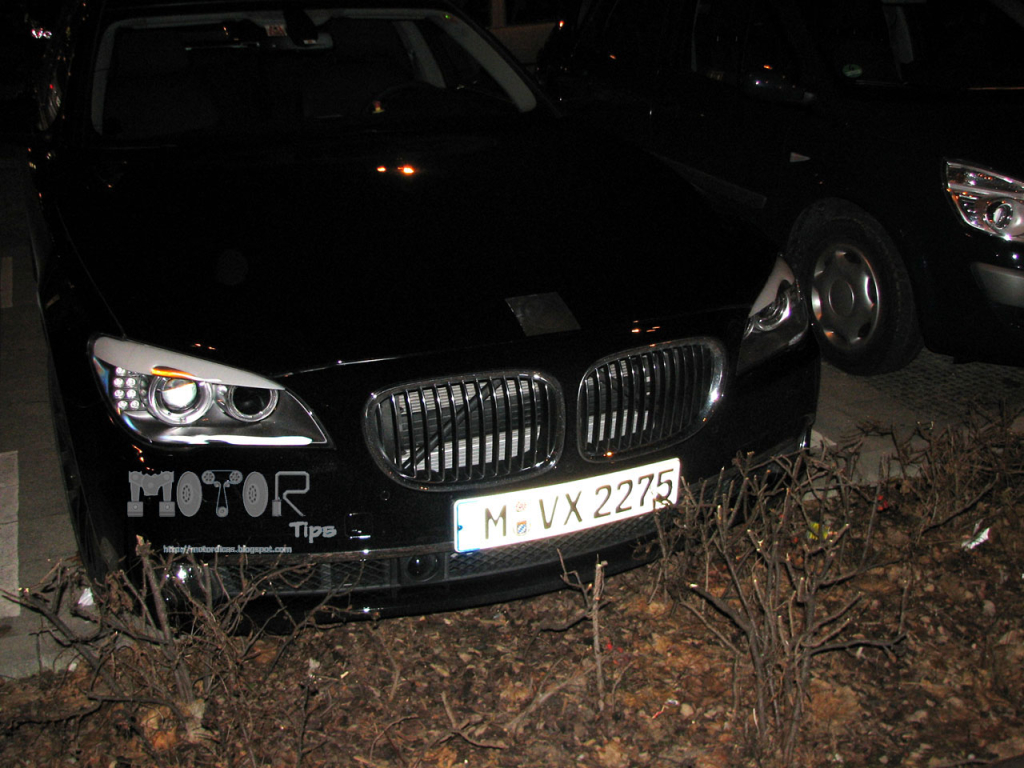 A low-profile automotive blog called Motor Tips has received three “spy photos” of what appears to be a mildly disguised F01 BMW 7 Series. Since the front and rear BMW logos are covered in black duct tape and the wheel rims are painted black, every car blog out there jumped to assume that the car pictured is the new Motorsport Technik version of the recently launched 7 Series.

Even the reader who sent the pictures to Motor Tips didn't quite know what they were actually showing: “I was shopping in a supermarket in Ulm, about 100 km west from Munich, and this car was parked right beside me”, said Francisco Maciel. He first believed the vehicle to be a development mule for the 2011 5 Series since it appeared to be smaller than a normal 7 Series. Then he began to wonder if the car was the future M5.

In the end he settled for the least fantastic assumption and said that the car might actually be the M version of the F01 7 Series. The only facts we can personally reveal just from looking at the pictures is that the car is definitely NOT a development mule or a Motorsport Technik version of the current 7 Series. Our opinion is just as biased as the car blogs' on the “OMG-it's-the-M7!” bandwagon, but we are basing it on relevant hints and clues from the three available photos:


To provide our readers with a personal assumption, we'll just say that the photos depict a tuner version made by one of Germany's many BMW specialists, since the majority of them sport round logos. Our first impression was that the car might be the new 760iL, but the V12 version of the 7 Series always came in long-wheelbase first and there is no visible (duct taped or not) V12 badge on the car and the wheels' design really don't suit a top of the line model.