1 US Politicians: Let's Save the Auto Industry, but We're Driving Imports

3 No More Jets for Citigroup During the Crisis
Car video reviews:
Up Next

Obama: We Invented the Automobile! No, Actually... 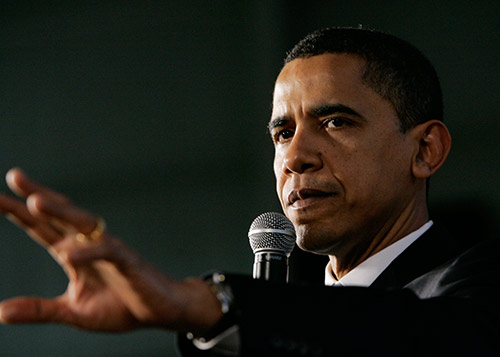 The United States may be considered a pioneer country for many things in the world's history. One thing is that this is the land were modern democracy was first born.

However, it doesn't mean the US invented it all as Mr Barack Obama seems to think. In his grandiose speech in front of the Congress, presented by the New York Times, the first African-American president of the land of all possibilities wanted to remind his audience that "the nation that invented the automobile can not walk away from it." Certainly, this means that the US Congress will still provide aid to the struggling Detroit auto industry.

We are happy to see that Obama defends his country's auto industry but we're afraid he made a huge confusion. His country did NOT invent the automobile, rather it boosted mass production of it when Henry Ford introduced the Model T automobile which revolutionized transportation and the American industry. The car was very simple to drive and easy and cheap to repair.

As for the invention of the automobile, Karl Benz takes credit for it. In 1885 German mechanical engineer Benz designed and built the world's first practical automobile to be powered by an internal-combustion engine. More importantly, on January 29, 1886, Benz received the first patent  for a gas-fueled car.

We know that everybody makes mistakes so we're not going to criticize Mr Obama. Still, we suggest he should pay more attention to such historic details as it's not very nice to take credit for something you didn't do. Not to mention that people who don't have much knowledge about automobile's history might think he is right. This is called disinformation and is considered to be a mass-manipulation technique...