1 New Presidential Limo for Obama Is Called "The Beast" 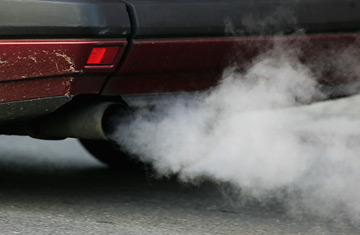 Just a few days after his extremely expensive inauguration as US president, Barrack Obama announced one more time his intentions regarding the car emission standards.

According to The New York Times, Obama is going to ask the Environmental Protection Agency today to reconsider whether California and 13 other states are entitled to impose their own tailpipe emissions standards. As if that wasn't already troubling enough for the automakers, the new US president will also direct the Transportation Department to set an increase in federal fuel efficiency standards for the 2011 model year. Apparently, the measure is required by the 2007 energy law. In fact,  the District of Columbia and a single county in New Mexico have already adopted the regulations.

As expected, the auto companies are in total disagree with the regulations and therefore, California and the other states filed suit to overturn the decision in a case that is pending in the U.S. Court of Appeals in Washington. However, the car makers have already lost a series of lawsuits trying to stop the emission rules.

More importantly though is that not all the politicians agree with Obama's decision. California Gov. Arnold Schwarzenegger and Mary Nichols, chairwoman of the California Air Resources Board are by the automakers' side and that's why, they have written to Obama asking him to grant the states a waiver under the Clean Air Act to impose 30 percent reduction in tailpipe emissions standards by 2016.

Charles Territo, a spokesman for the Alliance of Automobile Manufacturers, explained that  the car makers are in favor of a single national standard and needed time to develop new fuel-sipping models. “Applying California standards to several different states would create a complex, confusing and very difficult situation for manufacturers,” he said last week anticipating Obama administration’s announcement.