1 President Obama Drives 1963 Corvette Around the White House: "This Is a Childhood Dream"

As Barack Obama visited the show floor, he made stops at several exhibits, including the ones from Chevrolet, FCA, Ford, and ZF. The President stated that he wanted to see the industry’s progress “firsthand.” Barack Obama also said that he believes “that every American should be proud of what our most iconic industry has done.”

2016 is the year in which Obama’s Presidency ends, so we expect the new presidential candidates to make their visits to the Detroit Auto Show as well. Once Barack Obama is no longer President of the United States of America, he will not be restricted by the Secret Service to drive a car whenever he wants.

He traded his 300C for a 2007 Ford Escape Hybrid in the summer of 2007. He then changed his car as he began his first presidential campaign. The decision was based on the fact that his old car had an EPA-estimated 18 MPG, while the new one obtained around 30 MPG, CNN noted in 2012. The vehicle change was made to end criticism against Obama for driving a “gas guzzler,” and to give the presidential candidate a more eco-friendly appeal.

The person that eventually bought Obama’s old car placed it on eBay and asked $1 million for it in 2012. That is around 50 times more than the average value of that particular model of car.Barack Obama’s speech at the UAW-GM Center for Human Resources in Detroit, Michigan 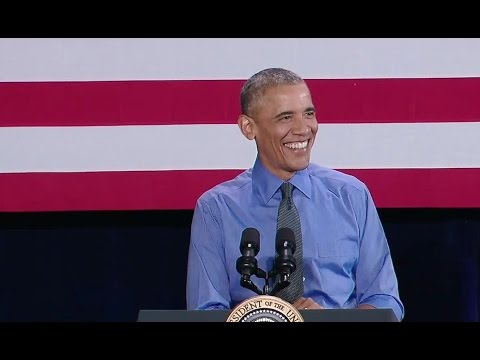