3 US Lawmakers Want Car Batteries Made in Michigan

5 GM, Chrysler Get First $4 Billion
Car video reviews:
Up Next 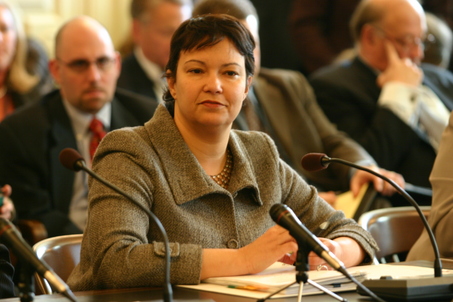 As if the financial plunge they currently experience wasn't enough, American automakers may face a new problem that could create market chaos and increase overall costs, as they explain: President-elect Barack Obama's EPA administrator, Lisa Jackson, said she will “revisit” the proposal to allow states apply their own emission regulations. Such a move would allow states to regulate fuel economy of vehicles sold locally, automakers explained according to an Autonews report.

State-by-state regulation is one of Barack Obama's promises made during his presidential campaign as he clearly stated that states should be allowed to have their own rules for a number of factors concerning the industry.

This is not the first time when the dispute whether states should be able to enforce limits on vehicle emissions came into the media spotlight. Back in 2004, California voted a series a new rules that were then adopted by several other states. The largest US-based automakers fought these laws in court, Autonews wrote, but lost in California and Vermont.

However, two of the parts involved in this issue, the automakers and the states, have different opinions regarding EPA administrator's statement. The automotive industry claims that such a decision would only create market chaos and higher costs. A national standard for all states would represent the best and the most efficient way to control emissions, companies said according to the aforementioned source.

The Alliance of Automobile Manufacturers, which represents the Detroit 3 plus several foreign automakers including Toyota and Volkswagen, said it plans to analyze with the White House administration the most efficient ways to reduce fuel consumption and emissions.

On the other hand, most states claim they should have the ability to enforce their own limits on vehicle emissions, just like the initial proposal sent to Lisa Jackson read.