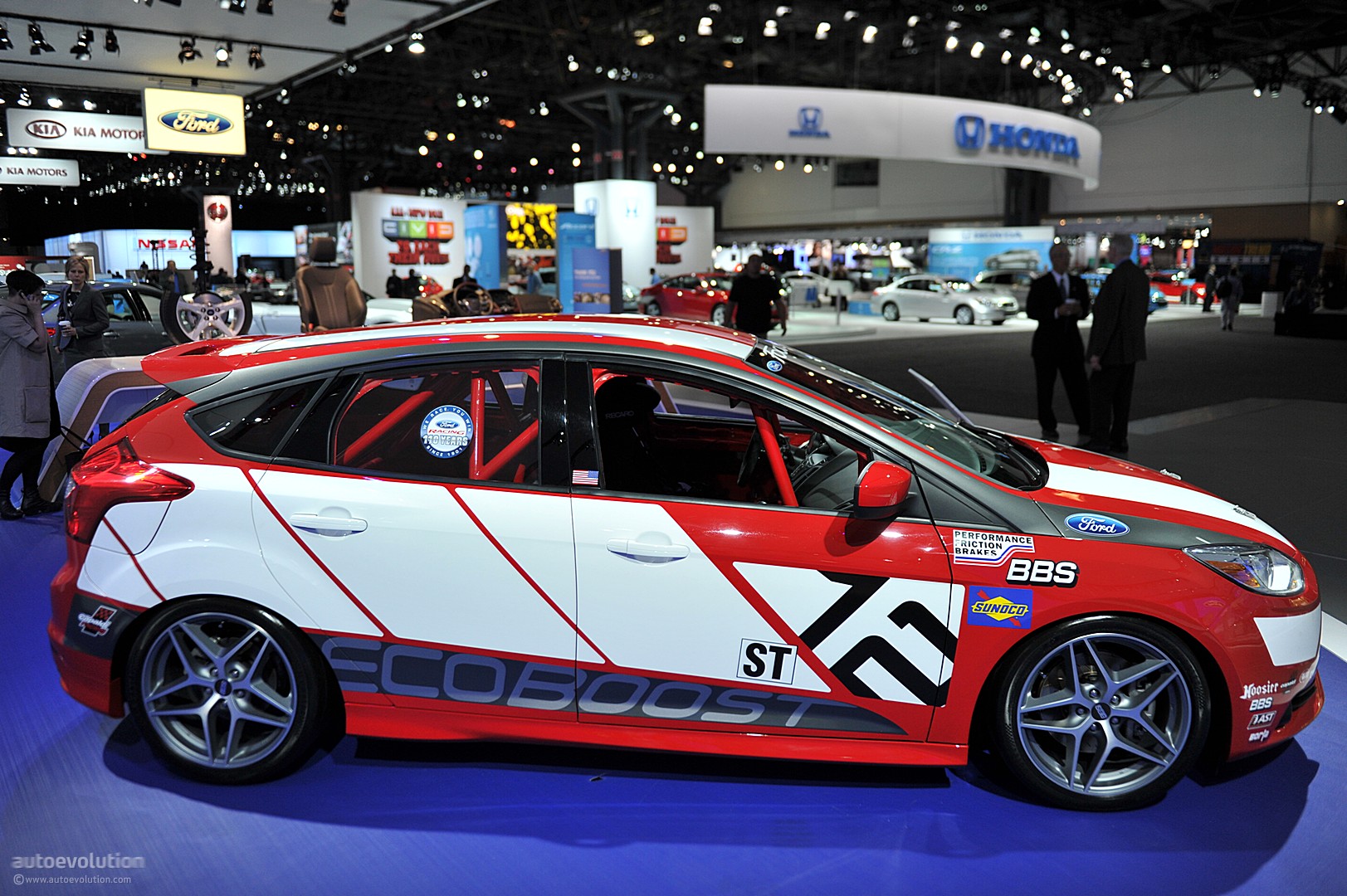 One of the highlights in Ford’s booth at this year’s New York International Show (NYIAS), sitting next to the Focus Electric and the 2013 Taurus family, is the Focus race car concept, which is built to compete in global road and touring car racing.

Powered by the 2.0-liter Ford EcoBoost I-4 engine, it is the first to benefit from a collaborative effort between Ford and race teams around the world that have already built and raced successful Focus race cars. The Focus race car concept has been based around rules governing circuit racing in the United States and beyond.

“This teamwork has resulted in a global racing platform using a common Focus body and a safety cage built to FIA regulations – a competitive platform that can be tailored for regional competition, based on different rules,” said Jost Capito, director of Global Performance Vehicles and Motorsport Business Development.