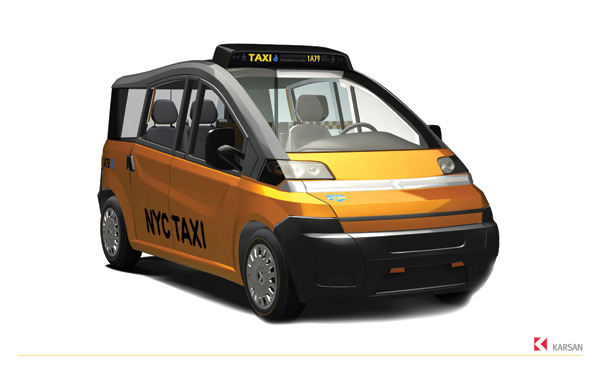 New York City's fleet of yellow cabs is about to be changed, as the currently used model, the Ford Crown Victoria, will be scraped to make room for the taxis of the future. There are over 16 different vehicles approved for use, from the Toyota Prius to the faithful "Crown Vic", but starting in 2013 one vehicle will begin to replace them all.

In December 2009, a request for proposals was issued by the New York City Taxi & Limousine Commission, inviting auto manufacturers and designers to submit their best ideas for a purpose-built vehicle to serve as a New York City taxicab.

The Bloomberg administration on Monday has picked the three finalists in the competition, submitted by Ford, Nissan and the Turkish manufacturer Karsan. One of the three competing designs will be chosen and the winner will receive an exclusive right to supply the city's yellow taxis for a decade.

"The city has never before worked with the auto industry to design one taxicab specifically for New York City, until now," Mayor Michael Bloomberg said in a statement.

Ford's submission, the Transit Connect, is a customized version of the commercial vehicle already on the market in Europe, Nissan submitted a design based on its NV200 van, while Karsan submitted the only design not based on an existing vehicle. Its car, the V1, is the only vehicle that is fully wheelchair accessible.

“Each is promising, but none is perfect,” said Bloomberg of the designs. “We are not obliged to go with anything if it does not meet our needs.”

Some taxi garage owners are skeptical about the contest, as they could be beholden to a single manufacturer for parts and maintenance.