Otilia Drăgan
There are two major trends that are already beginning to revolutionize the nearly $700 billion trucking industry in the U.S. One of them is electric or hybrid-electric propulsion, and the other one is self-driving technology. Growing slowly but steadily, Embark is an autonomous vehicle company that already scored important wins, and looks to be moving fast in the right direction.
7 photos

Founded by experts in robotics, Embark claims to be the longest running self-driving truck program in the U.S., launched in 2016, when self-driving technology wasn’t so popular in the trucking industry. The company’s strategy was to focus exclusively on the autonomous software and associated services, which would be universally compatible with most trucks.

So far, the company’s product range includes the Embark Driver, an advanced automated driving software that was specifically developed for trucks, the Embark Universal Interface (EUI) that it used to integrate the autonomous technology onto trucks, and the Guardian, a fleet monitoring and remote-assist system.

The startup recently announced that it will start using the Nvidia Drive autonomous vehicle compute platform to power EUI and its Driver software. According to Ajith Dasari, Head of Hardware Platform at Embark, the high performance and safety standards that are required by the autonomous software and interface, can only be met with the help of “an enormous amount of compute power in our trucks”.

Known as the first scalable AI platform that combines hardware and software for the production of automated vehicles (including deep learning, surround vision and advanced sensors), Nvidia Drive was a natural choice.

The flexible EUI was specifically designed to allow carrier to select their preferred OEM (Original Equipment Manufacturer), when installing the self-driving software. At the moment, the EUI is compatible with four major OEMs - Freightliner, Navistar International, PACCAR, and Volvo – which bring most of the Class-8 trucks on U.S. roads today.

The partnership with Nvidia represents another significant step for Embark. A couple of months ago, the startup announced that it became a publicly listed company, after signing a definitive business combination agreement with Northern Genesis Acquisition Corp. II. Also, its Board of Directors was joined by former Secretary of Transportation, Elaine Chao. 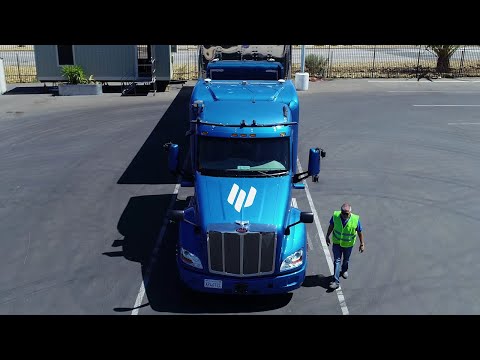