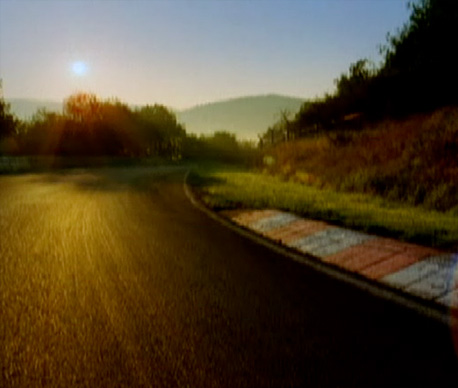 The Ring gets reworked. Nurburgring is the mecca of all car enthusiasts in the world. It's the small village everyone wants to live in. Except for coffee-shop craving girls and the ones seeking all the hot glam points of the world.

Right now, construction workers with plastic hats and wet clothes are building something. What is it? It's all part of a 215 million euro investment to open a “motor-sport theme park”. What's even more outrageous in a German way, is the fact that this colossal plan is due to be finished on the 11th of June 2009. That means that they have to build all of it in just two years. And if I were a German I would find this very exciting and thrilling.

The thing is that you need German efficiency to build something like that. A new arena of up to 6000 seats for “everything from boxing matches and beach volleyball to new car presentations”, 100 budget condominiums, and another hotel with 148 rooms, a casino and a helipad for tycoons. They also want to make a new welcome center, because people are a bit bored of the traditional German way of greeting people.

Great news for the manufacturers, because they also decided to throw in a “Ring Boulevard”. This is a 300m – long stretch of road that will be used as a “motorsport mall”. Expect to see some Ferraris, Nissan, Bilstein, Yokohama, and Astons in the years to come there.

The Eiffel Village Green Hell will house a steak house, so you can order some schnitzel, a bar and a disco.

The best bit is the “Ring Werk theme park”. It's a 15,000 square meter theme park with a science and history exhibition.

There is no need for me to say anything. Let's see what marketing boss Stephan Cimbal has to say about the roller coaster.

“The roller-coaster will start inside and then run alongside the track, hitting 217kmh in 2.5sec”. That is twice as fast as an F1 car and will subject you to a adrenaline rushing 3.4g. That is the maximum admitted by German safety rules,” the German declared.