Titanic-related imagery (and the image of Jack freezing to death because Rose wouldn’t scoot over on that door) aside, it’s not uncommon for cruise liners to hit ice when they’re sailing glacier areas. Norwegian Sun, one of the ships from Norwegian Cruise Line (NCL) that usually cruises Alaska, was in such a situation.
20 photos

Norwegian Sun left from Seattle on June 21, on what should have been a 9-night cruise in Alaska, with several ports of call. En route to the Hubbard Glacier near Yakutat Bay, in conditions of heavy fog and decreased visibility, the ship hit an iceberg and eventually took a detour from its route, heading into Juneau instead of continuing to Skagway. NCL has confirmed that, while no injuries have been reported on board, a later inspection in Juneau prompted the decision to head back into Seattle for repairs.

The iceberg in question was a growler, ABC News reports. A growler is a small iceberg showing less than 3.3 feet (100.5 cm) of ice above water and measuring under 6.6 feet (201 cm) in width, and they’re very common in glacier areas. The video at the bottom of the page shows a glimpse at the growler in question. After the impact, the captain decided to take the 78,309 GT ship to Juneau to have the hull inspected. Permission was requested to sail back to the U.S. on Monday, after it was decided that the hull had sustained unspecified “damage.”

“The ship was given clearance by the United States Coast Guard and other local maritime authorities to return to Seattle at reduced speed,” a spokesperson for NCL tells the media outlet. “All guests currently onboard will disembark in Seattle as originally planned.”

The guests will return to Seattle as planned, but it will be days earlier than scheduled. NCL says guests will receive a full reimbursement, as well as future credit, both for this cruise and the one that should have sailed on June 30, which has also been canceled.

Norwegian Sun is a 258-meter (846-foot) liner that can carry over 1,900 guests and more than 900 crew, and which usually cruises Alaska and does the Extraordinary Journeys. It was built in 2001 and refurbished in 2018 and, based on the latest incident, is in for some repairs. 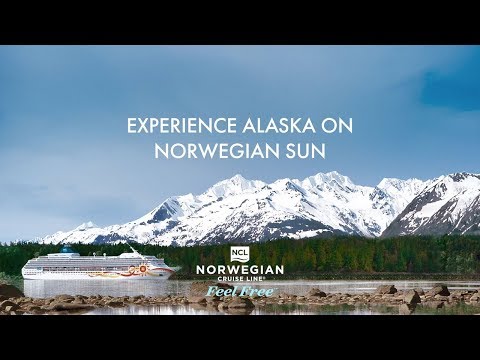