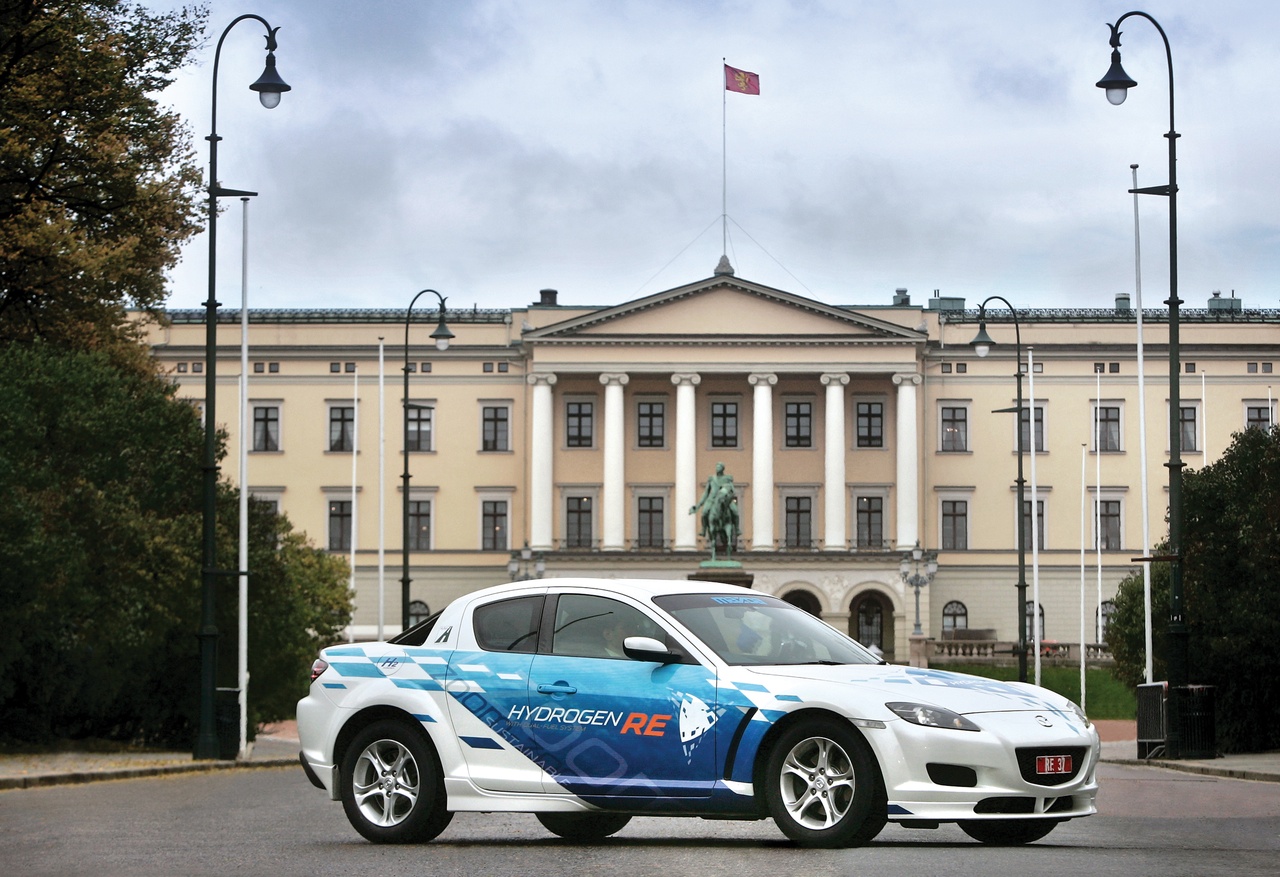 Japanese manufacturer Mazda unveiled the Norwegian-specification RX-8 Hydrogen RE at a ceremony in Oslo and first vehicles are expected to be delivered for leasing in the country as soon as this summer. With this occasion, Mazda emphasizes the company's efforts to establish an extended hydrogen infrastructure along the 580 km Oslo to Stavanger route.

"On hand at the ceremony were the Norwegian Crown Prince and the Norwegian Minister of Transportation, Ms. Liv Signe Navarsete. After the Crown Prince refuelled the car, Ms Navarsete drove the Mazda rotary-engine sports coupe from Oslo to the Drammen station on zero-emission hydrogen," Mazda announced in a statement for the press.

"After delivery of this first facelifted version of the RX-8 Hydrogen RE, Mazda will provide more Norwegian-spec vehicles to the HyNor project under commercial lease contracts beginning this summer."

And this is only the beginning of a broader attempt started by the Japanese manufacturer to expand the coverage of its green models and reduce fuel consumption as much as possible. Furthermore, the company once again underlined the capabilities of its new projects, with clean diesels and fuel consumption reduction technologies among the innovative things to be offered on the upgraded product lineup.

"This latest unveiling is just one of Mazda’s environmentally-friendly technologies to be introduced as part of its ‘Sustainable Zoom-Zoom’ strategy; and includes such innovative products as next-generation clean diesel engines, and a fuel-saving idle-stop system called i-STOP," it said.

"Mazda also leases this environmental, four-seat sports coupe in Japan, but for the HyNor project it has been developed to meet Norwegian and European specifications with left hand drive and a manual transmission."