3 Watch 150 Supercars in a Traffic Jam

5 TVR Tamora Up for Grabs in Avon Tyres Prize Draw
Car video reviews:
Up Next

New Toyota Aygo Is So Nuts Squirrels Are Crunching on It

I am ashamed to come clean with my appreciation of the British boutique automaker known as TVR. Collectively labeled as the type of manufacturer that makes “bitsas” sportscars (bits o’ this, bits o’ that), Trevor Wilkinson’s automaking legacy is slowly but surely heading towards extinction according to recent reports and factual evidence.
1 photo
To make a long story short, TVR was to Great Britain’s sportscar industry what Bizzarrini was to Italy - outlandish, flamboyant and stupendously enticing for the passionate driver with balls of steel. Founded in 1947 and, at one time, the third-largest specialized sportscar marque in the world, TVR went through many ups and downs over the years, finalizing with Nikolay Smolensky’s takeover of TVR.

In 2004, when Smolensky bought the assets of the plucky but financially struggling TVR brand, the Russian entrepreneur was only 24 years old. It’s easy to imagine how little know-how a 24-year-old has regarding on how to bring a specialty marque back to break-even. Nevertheless, my favorite TVR - the Sagaris, was a product of his era, a loony contraption I’m grateful it was made.

Built in limited numbers for only a few years, the Sagaris was a full-on monster with a 4-liter straight-six lump mated to a five-speed manual. Vector in its 1,078 kg (2,376 lbs) curb weight and styling inspired by the man with the axe from American Psycho, and you get one extremely hard to resist package for a then young sportscar enthusiast such as I was. It’s a shame though that the Sagaris is the last hurrah of the brand.

After Smolensky, a company led by the current TVR chief exec Les Edgar bought all the assets and tooling. The official TVR website states for two years now: “we’re busy planning the thunderous arrival of new TVR cars. It will be a little while until we share our plans – sorry – but it would be wrong to announce anything before details are finalised.” I’m not holding my breath, though.

Since 2013, Edgar only managed to come with TVR Genuine Parts, a division that makes replacement components for existing TVR cars. A new model? Heh, we still have to wait on that to happen, sonny boy. Now get a load of this: despite TVR’s lack of social media presence, some automotive outlets spread the rumor that hints at an all-new TVR Sagaris. We’re not buying the intel at all.

A WorldCarFans editor saw a Facebook post that reads “Do you want a new Sagaris? If yes, how do you want it? Just to know!" and made a story out of thin air of it. The FB account in question is, as you can see for yourself after a little bit of digging, not managed by the TVR people. It's a simple fan page posing as the nonexistent official TVR account.

To boot, the account’s URL is Facebook.com/SagarisGT, so go figure how much water WCF’s story holds. What WCF did with this mindless story really bothers me, but what bothers me even more is that other automotive outlets propagated the story as if it was true. Publications like um.auto.sina.com.cn, otopark.com, auto.blog.rs and autoblog.gr all took the bait, disinforming their readers.

Remember when automotive journalism was a serious business molded around the reader?

UPDATE: WCF took the story down. Good thing the release button below hides the original story. 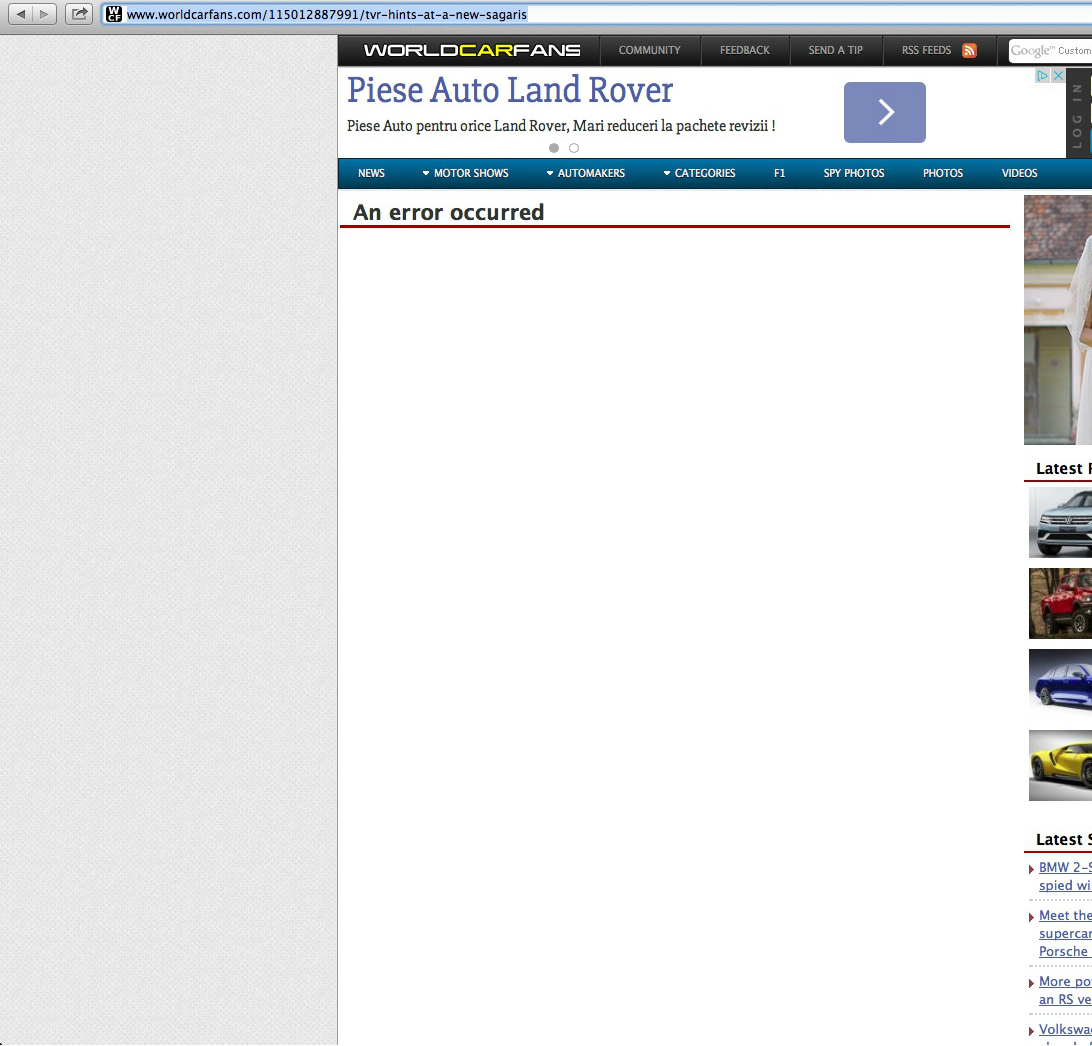