Bicycles almost seem perfect, don’t they? While this is only true depending on who you ask, some bicycle manufacturers and innovators are still hard at work tinkering with bicycle design. Take No. 22 Bicycle Company’s ingenious coupler system as the perfect example of what happening in the bicycle industry.

When I first saw the cover photo you’ve just witnessed, I had so many questions I just couldn’t help myself to find out what the heck is going on. After all, it’s not everyday you see a bike “broken” in half and being sold as an industry benchmark.

What you’re looking at is a coupler design and system that allows you to take apart your bike as if it’s built from Lego pieces and transport it while taking up as little space as possible. The company behind this system is No. 22 Bicycle Company, a crew of bicycle manufacturers, designers, engineers, and craftsmen with the goal of creating high-grade titanium bikes; it’s what the ‘22’ represents in their name, titanium’s atomic number.

However, this new coupler system is not limited to just one bike from this crew’s lineup and can be applied across the board, clearly only to No. 22 rides. As mentioned, the idea behind it was to reduce a full-size bike to an easily transportable package able to fit in a suitcase.

To achieve this, No. 22 has created the coupler system you have before you. Simply put, the top tube and down tube both break apart and separate the bike down the middle. Now, coupler systems do exist, but No. 22 looked to make things simpler, in the process creating a system that requires nothing but an Allen wrench to put together.

All you’ve got to do is introduce the wrench into a screw head, give it a few twists, remove the bolt, and the frame breaks apart. From here, the only other thing you’ve got to worry about is disconnecting the internally routed brake line.

In order for this system to work fluidly and effortlessly, No. 22 had to rethink the brake lines as well. In doing so, they’ve come up with a “Brake Break” feature that decouples the brake line just as easily as the frame, with a twist of the wrist.

Now, one question I had popped up in my mind was as to how safe this system may be. Looking closely at the coupling areas themselves, with a tad of engineering knowledge, you can figure out the riding a bike with this feature shouldn’t raise any alarms or signals as there’s no place for your frame to swivel or pull apart as you ride.

What the team also focused on was making this entire setup as seamless as possible. If you have a look at the video below and some of the images in the gallery, you can see how tight everything is once the bike is put back together. If you run your hands over this segment, you shouldn’t feel any changes.

Again, this specific coupler is only available to No. 22 machines. Just to get an idea of how much you’ll have to spend to get one, some of their bikes can reach into the $12,000 (€10,240 at current exchange rates) range depending on the sort of drivetrain you ask for.

Frankly, if they ever chose to sell the rights to this system, it’s possible they’d be pulling in quite a bit of dough for the company. Heck, after seeing this idea in action, I felt that my own bike needs a system like this. Just think of the things you can do with a bicycle that can break down into just a few main parts. 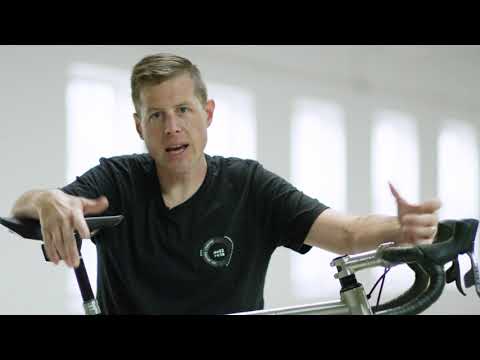