With only a few days left until the long-awaited premiere of the newest James Bond movie, everybody is excited about all that’s coming out now related to the movie’s theme. Among all sorts of No Time to Die-inspired products and events, an official announcement takes center stage: actor Daniel Craig was appointed an honorary Royal Navy commander.
7 photos

Talk about a fantasy becoming a reality – after playing the part of a British Naval officer, for the last 15 years, the famous actor has now become one indeed. UK’s Royal Navy announced that “Commander Daniel Craig” has now officially joined its ranks as an honorary officer.

With this new title, Craig will become an ambassador and an advocate for the Royal Navy throughout the world and will also be involved in various activities supporting the Navy’s personnel. One of the most exciting things is that he’ll get to see and experience first-hand some of the stunning ships and aircraft that most of us can only admire through images and video.

In fact, the Navy’s connection to the No Time to Die movie is a complex one. Not only did the filmmakers work closely with both the Navy and the Royal Air Force (RAF) during the production phase, but several military assets will be featured in this new release.

The most prominent one is HMS Dragon, the majestic destroyer with the unmistakable Welsh red dragon on her bow. One of the six Type 45 air defense destroyers, the 152-meter (almost 500 feet) long warship can be spotted even in the movie’s trailer. The No Time to Die production team also had access to the RAF Brize Norton base, in Oxfordshire, which was used as a backdrop. In the movie, it’s supposed to be a NATO airbase in Norway, where the secret agent then takes off from, on board a C-17 Globemaster.

One of life’s little ironies is that there are actually more than one Bond in the Royal Navy. One of them, Lieutenant Commander Frances Bond, got to meet Daniel Craig. He stated that despite the ongoing banter with his colleagues, he never thought he’d actually meet the James Bond actor. We can only imagine the banter that’s about to follow from now on, considering that Commander Daniel Craig is now “one of the guys.” 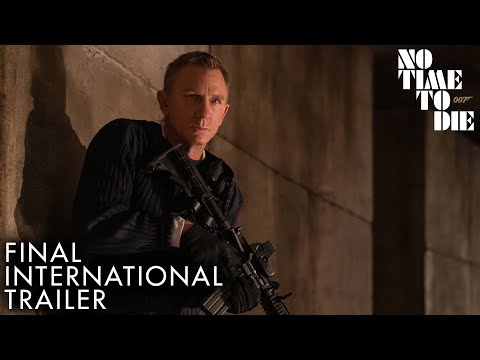