5 Toyota's Plan to Remanufacture Cars Is Genius Once You Think About Its Kinto Brand
Car video reviews:
Coverstory

Just recently, our newsreel has been riddled with interesting Toyota Motor Corporation information regarding its high-end versions of high-riding models. Thus, it begs the premium question: what are they up to?

Frankly, if our own two cents are allowed on the matter, this new flagship trim for Toyota's third-generation Tundra is as much a rival for GMC's Sierra Denali (among others) as well as a clever substitute for their shortcomings in the group’s SUV line. Which kind of sounds odd in an automotive age that’s virtually obsessed with everything crossover, SUV, and truck-related, right?

Still, let’s check up on the past week’s facts. Over at ANCAP, which is the shortened form of Australasian New Car Assessment Program, the legendary Toyota Land Cruiser – in its brand-new J300 iteration – demonstrated that it’s not just an off-road icon, but also a safety one.

It was allegedly the first such organization to get its hands on the new generation and destroy it for the sake of science. A five-star safety rating is starting to become hard to come by in this day and age. Add that to the piling reasons why Americans should be sad that Toyota deserted them and axed the 300-series' potential sales success.

Over at home in Japan, Lexus just introduced a neat little collaboration project it has with Jaos Corporation. It is a “custom-tuned” 2022 Lexus LX600 dubbed simply “Offroad.” Probably merely a one-off to be shown at the JDM tuning-intensive Tokyo Auto Salon 2022 that’s going on right this very weekend (January 14th to 16th). But a very enticing one, with additional CFRP elements for enhanced protection and a neat set of Titanium Gold 20-inch Jaos Tribe Cross wheels.

Thus, one can say that a lot of cool things are going on across the Toyota SUV realm, just that none of them are within reach for its American fans. No worries, though, because the Japanese company has cooked up a pickup truck alternative. So, we arrive at the all-new Tundra Capstone premium-focused grade.

No chance to snatch an LC 300 or not enough cash to play around in the LX600? At least there is a truck solution to all those woes. And Toyota promises to provide (pricing and availability will be revealed at a later date) a plush, yet still tough third-generation Tundra. One riddled with a near-luxury collection of features and perks, as well as upgrades that will bring customers as close as possible to the ultimate pickup truck experience.

Naturally, there are quite a few highlights to account for. Toyota will only sell Tundra Capstones with a standard i-Force Max hybrid V6 powertrain, rated at 437 horsepower and 538 lb-ft (790 Nm) of torque. More than enough to duke it out with Silverado’s ZR2 and Ford’s F-150 hybrid. While also trying to outmaneuver them as far as premium credentials are concerned.

Huge 22-inch chrome wheels – which just yesterday were the panache of luxury aftermarket SUV whips – also come standard, along with semi-aniline leather seat upholstery, powered running boards and bed step, or a 10-inch color HUD, among others. And remember that we said this Tundra is going to be just as tough as always.

So, it also has a free Towing Technology Package to complement its maximum payload capacity of 1,485 pounds (674 kg) and towing rating of 10,340 lbs. This equates to no less than 4,690 kg for anyone not speaking imperial (units). But it’s inside where most luxury features reside.

Such as the exclusive black-and-white seats, “authentic Dark American Walnut with an open-pore finish” and illuminated Capstone logo, panoramic moonroof, acoustic glass on the front doors, as well as a barrage of technology features.

Among them, a 12.3-inch digital instrument cluster, a 14-inch touchscreen for Toyota’s Audio Multimedia system with Wi-Fi and connected capabilities, or a 12-speaker JBL premium audio system. Overall, not a bad substitute package, if only the pricing will also be the right one... 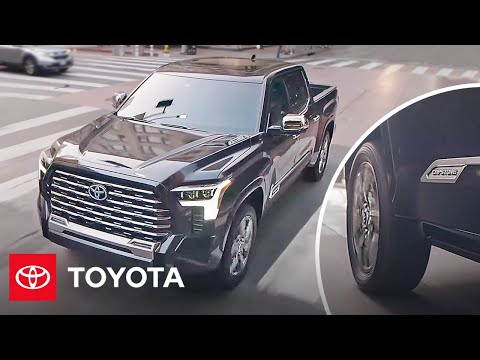 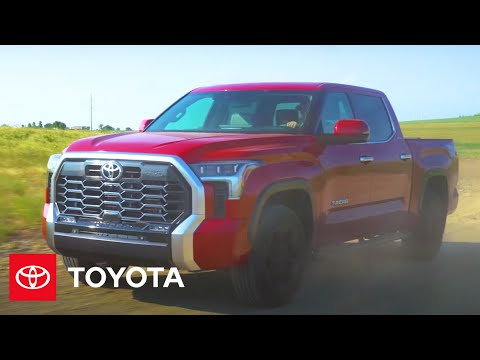