Sir Lewis Carl Davidson Hamilton has only competed in Formula One for McLaren (2007-2012) and Mercedes-Benz (2013-present). While there, times started to change, and the German automaker is all about sustainability and carbon offsetting responsibility these days.
26 photos

Naturally, when you’re under a multi-million-dollar contract, the company usually expects even a seven-time Formula One champion (tied with the great Michael Schumacher) to chip in for the common effort. That happened on many occasions if we are to be correct. But late last year the marketing ideas sparked an EV controversy.

Back in September 2020, Lewis Hamilton showed off his new Mercedes-Benz EQS and – long story short – was kind of branded as a hypocrite. You know, on account of his garage hiding a private jet and stuff like a Pagani Zonda 760, a McLaren P1, a 1966 Shelby Cobra 427, a Ford Shelby Mustang GT500, a Ferrari LaFerrari, and a 599 Aperta, among (many) others.

He quickly made amends, revealing that he sold the biggest gas-guzzler (that would be the jet) and those cool supercars would be turned into collectible garage queens. Hamilton also said he was intent on driving the EQS or the more practical EQC crossover SUV. But it seems the EV-only days are already gone.

Just recently, the good folks over at the ExoticCarspotters channel on YouTube caught the automotive superstar in Monaco after a yacht encounter with other great humans, such as the one and only Samuel L. Jackson. The harbor crowd gathered to send him off as he made his way to the parked ride.

Surprise, no battery-operated vehicle was in sight. Instead, he went off into the sunset (of the premises and into a Monaco tunnel) with his custom Pagani Zonda 760 LH. That’s a loud Mercedes-Benz V12 engine he’s got there, though it’s not one running on electrons. Frankly, we really can’t hold it too much against Lewis for switching back to ICE mode since that’s an AMG producing 760 horsepower and sounding like a riot even on idle... 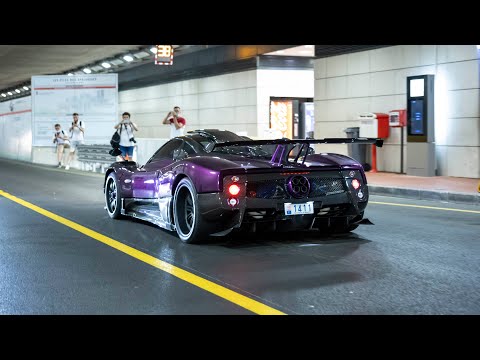 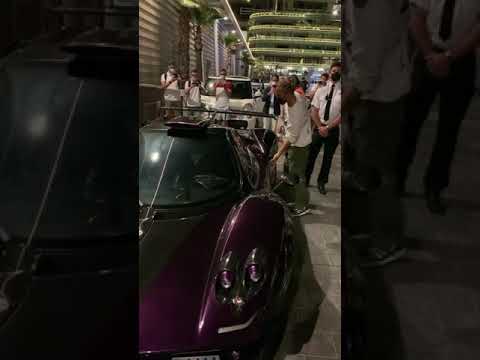