4 NIU Offers a Great Deal With Its KQi3 E-Scooter, It Is Affordable and Convenient

Cristina Mircea
Launched last year, Niu’s MQi GT EVO is the upgraded version of the Chinese manufacturer’s MQiGT electric scooter. Its name might not be the catchiest or easiest to stick with you, but this electric moped compensates through its impressive performance, which is why Niu calls it “the commuter all-star”. The two-wheeler just arrived on the European market.
12 photos

Described as the best in its class, this evolved two-wheeler claims it can effortlessly compete with any 125cc moped on the market. The MQi GT EVO comes with a large frame and a classic design. This thing tips the scales at 128 kg (282 lb) and is available in eight colors. Niu’s zero-emission urban commuter features 14” wheels and has a ground clearance of 180mm (7”). As for its payload capacity, it supports up to 275 kg (606 lb).

While its design is not all that special or different from the previous models, the MQi GT EVO compensates through its impressive performance. It packs a powerful 5 kW (6.7 HP) motor (peak power of 6.5 kW) and claims it can hit a top speed of 100 kph (62 mph).

Niu’s all-star MQi GT EVO is powered by a 4th gen proprietary lithium battery that claims to offer a range of up to 75 km (46 miles) on a charge. The battery takes five hours to fully charge.

A generous, customizable LED dashboard gives you all the important details such as battery status, riding mode (there are three of them available: Eco, Dynamic, Sport) and so on. You can personalize your scooter by switching between three display faces.

As for some of the notable smart features of the scooter, one of them is the Bluetooth keyless entry on the MQi GT EVO, so you can forget about forgetting those keys. A dedicated mobile app sends notifications in case of unauthorized movements and offers real-time location details.

European customers can order the Niu MQi GT EVO electric scooter for €5,000 (approximately $5,560). You can take a closer look at the electric moped in the video below, just fast forward to minute 7:40. 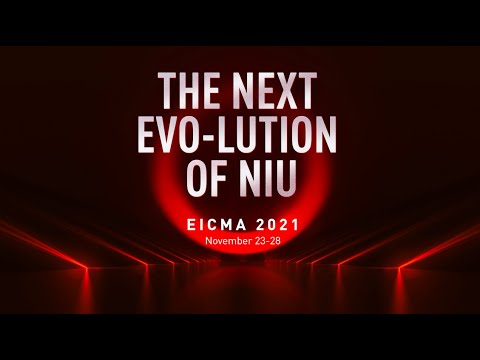