1 Nissan Websites Down Because of Anti-Whaling Hackers

2 Google’s Self-Driving Cars Are Not So “Self-Drivable” After All, Report Says

Home > News > Auto Events
15 Jan 2016, 14:37 UTC ·
by Alexandru Monenciu
Everyone knows the winters in Canada tend to be pretty rough, but Nissan has a solution for drivers in this regard. Based on the Rogue, the new car/snowmobile is called the Rogue Warrior, and just like the description specifies, it is a 4x4 with a full snow track system.
11 photos

The unique vehicle was modified by Quebec-based Motorsport in Action, using the Dominator track system from American Track Truck. The track system measures 30 inches in height, 48 inches in length and the individual track width is 15 inches.

“Nissan has a well-rounded suite of all-wheel drive crossover vehicles to master the toughest winter roads. In fact, Nissan’s all-wheel drive system adapts to road conditions 30 times faster than the blink of an eye. The Rogue Warrior symbolizes the essence of our popular crossover and sports utility vehicle family, while also reminding show goers what Nissan is all about - being bold, pushing the limits, and exciting capability that’s anchored in quality,” stated Joni Paiva, president of Nissan Canada Inc.

The tracks are not the only improvement brought to the car, as the suspensions were also adjusted, custom snow guards were applied, and minor body tuning was made, to make allowance for the tracks.

Although the Xtronic transmission and the AWD drivetrain remain untouched, the car has the ability to perform in a variety of environments. It is capable of driving up to 100 km/h (62 mph), scaling a 45-degree grade in groomed snow, thanks to its ground clearance of 23 inches (58 cm).

The transmission is perfectly matched to the track system, and because its lack of fixed ratios, the car will always be in the right gear at the right time, so you don’t have to worry about getting stuck in the snow. A wider gear ratio range allows for stronger acceleration from a standing start, and the D-Step shifting logic allows rapid shifts at high throttle opening.

The system sends data about the driving conditions and driving tendencies to the Xtronic Control Unit, and then selects the transmission pattern most suitable for the current driving scenario.

After seeing what this car is capable of, it’s not long until we’re going to see some of these Rogue Warriors stepping in to rescue stuck truckers in the Highway Thru Hell: Canada TV show. 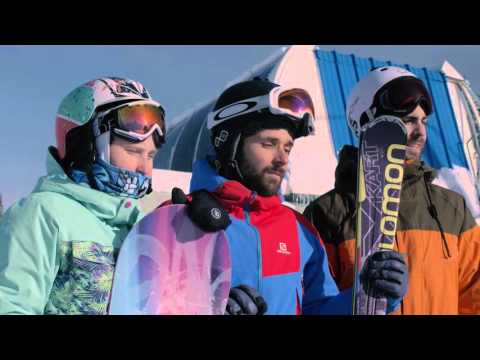