Some of the biggest problems with owning an electric vehicle are the lack of means to charge it, and the time required to do it. Whereas the benefits of owning such a car are unquestionable, the fact that charging, when available, takes significantly more time than fueling makes such vehicles less attractive.
1 photo
As technology in this area progresses, more and more solutions for electric vehicles are being found. In Japan, for instance, Nissan has created the e-Power hybrid system, combining a small gasoline engine with a high-output battery to eliminate the need for using an external charger at all times.

This system is already deployed in the Note model on the Japanese market, and it proved a hit. In January 2018, the Note e-Power ranked first in Japan's new car sales rankings. Building on the success of the model, Nissan announced on Tuesday it will introduce the e-Power on the Serena model as well, with some more planned for the future.

Serena was until now being sold as a gasoline model only. With the e-Powert, the addition of the range-extender gasoline engine to an electric motor will allow the battery to be charged on the go as well, with an estimated fuel consumption from the small engine rated at under 4l/100 km (58,8 mpg).

“The Nissan Serena e-Power marks a major technological update, with the addition of e-POWER, e-POWER Drive mode and other features such as Manner Mode – which enables the vehicle to drive quietly at night by limiting the use of the gasoline engine that charges the battery,” says Nissan.

“Drivers can take full advantage of Manner Mode by using the vehicle’s Charge Mode to charge the battery in advance.” 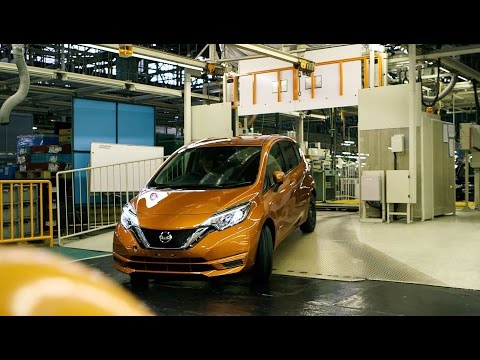