1 Nissan, NEC to Invest $1B in Lithium-Ion Battery Production 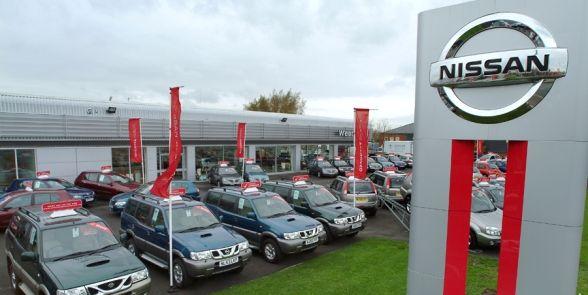 Although the Japanese automaker has severely cut down production in the last month of 2008 by more than 80 percent in some regions, sales figures don't look encouraging at all.

Just like other car makers, Nissan scored poor sales for December 2008 as well as for the whole past year. That being said, global sales dropped by 20.1 percent in December when only 254,754 units have found a new owner. Nissan vehicles didn't have a better fate in Japan either, sales decreasing  21.7 percent, with 26,932 units sold in the last month of 2008.

The same goes for December sales in Europe and US. In Europe, Nissan sales dropped by 25.6 percent, while in US only 62,102 units found a buyer, meaning a 30.7 percent drop when compared to the same month of the previous year. Surprisingly however, Nissan vehicles appear to have been very popular in China where sales increased by 6 percent.

Unfortunately, the same descending trend was also recorded the whole past year. Although global sales increased by 0.9 percent with 537,512 units sold in 2008, the figures are not a reason of joy since there are some regions where sales dropped in an alarming way. For instance, in Japan, sales dropped by 5.9 percent, while in US, Nissan managed to sell with 10.9 percent less cars than the previous year.

The surprise of the year remains, however, Russia where Nissan vehicles seemed to be one of the favorites. In this country, sales increased by 26.5% and 154,340 Nissan cars have found a new home.

As we have already mentioned, the Japanese car maker has cut down production heavily over the past year. In Spain, production was cut down by a whopping 82.4 percent. In the US, production was reduced by 55.8 percent, while in UK, Nissan produced 46.4 percent less cars than in the previous year.