Nissan NV200 Combi Goes on Sale in the UK 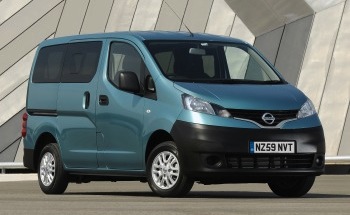 The Combi version of Nissan’s popular NV200 van will be available in February in the UK, the carmaker recently announced. Priced from £15,685, the NV200 Combi has a seating for up to seven passengers and is equipped with a 1.5-litre turbodiesel engine. The power unit returns 53.3 mpg in the combined cycle , while emitting just 139 g/km of CO2.

“There was only one way we could make the NV200 any better and that was to expand the range. The Combi version widens the appeal of the van outside of the normal LCV market and into the consideration of a much wider audience. Combi’s mix of practicality, value and versatility is sure to appeal to many family car buyers,” Nissan’s LCV sales and marketing director, Francis Bleasdale, said in a release.

The five-seat Combi S costs only £15,685, yet comes equipped with safety features including ABS, EBD and both driver and passenger airbags. A CD player complete with an MP3 jack, electric windows and mirrors and a trip computer are also standard. Access to huge 3.1m3 luggage area is made via twin rear glazed doors, while twin sliding side doors open to reveal the 60:40 split bench.

SE grade models start from £16,977.50 and adds extra equipment such as alloy wheels, body colored bumpers, air conditioning and a reversing camera on the S spec. In terms of safety, the Combi SE Plus adds ESP and side airbags to the standard equipment list. As said, a third row of seats can fitted to both SE and SE Plus models taking the total passenger count to 7.