Mercedes-Benz G-Wagen Model Cars Come in All Shapes and Sizes, Will Cost As Much as $900 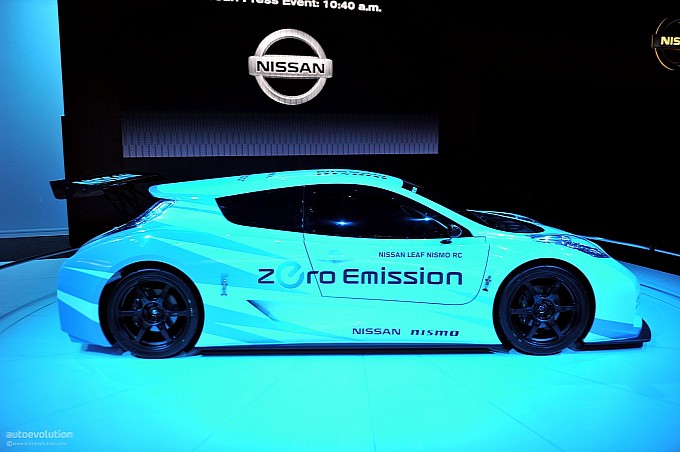 In what is hoped to be the first in a series of guest-star appearances at various racing events across the globe, the souped up version of the electric Nissan Leaf, the NISMO RC, will make its first on-track appearance at one of the most anticipated races of the year, the Le Mans 24 hours.

The Japanese manufacturer confirmed today the car's presence at the event, where it will take part in the support event for the endurance race, the Le Mans Vers Le Futur, on June 11 – 12. Two demonstration runs are planned for the Leaf NISMO RC, a car Nissan likes to call “the first-ever zero emission racing spec production vehicle.”

Equipped with the same electric drive train as the regular Leaf, the NISMO RC came at the 2011 New York International Auto Show in April with an entirely new body. The electric drive train is enough to guarantee the car develops 107 hp and 207 lb-ft (280 Nm)  of torque and can pass the 62 mph threshold in 6.85 seconds. The top speed is rated at 93 mph (150 km/h), but the autonomy the batteries give the model is of only 20 minutes.

The Le Mans appearance of the model is hoped to be just the first in Nissan's bid the make the Leaf popular. Earlier this week, Simon Sproule, Nissan motorsport head, was hinting to a possible NISMO RC participation in Formula 1 races, running around on the tracks ahead of each of the Grand Prix. Now that Le Mans has been secured, it's likely we'll see the NISMO RC version of the Leaf on other tracks as well.