2 DTM to Link-up with Japanese GT? 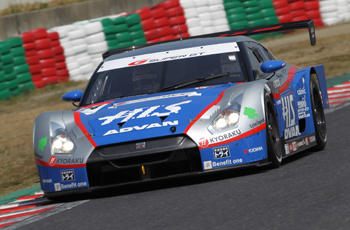 The first race of the SUPER GT, the "SUZUKA GT 300km RACE" which took place at Suzuka Circuit on Sunday, was won by Joao Paolo de Oliveira in his Advan Kondo GT-R. After qualifying 10th, the racing driver managed to get into the first place by the middle of the race. This is the second consecutive year that the team wins the opening round.

Some 31,000 race fans were present at the race. Due to the rain, accidents such as spins and contact occurred right from the beginning. Oliviera crashed in the previous day's official qualifying session but managed to avoid all the carnage from the beginning of the race. By lap 2 he was in fourth position.

"After crashing and breaking the car yesterday, I was really eager to somehow make a recovery. In addition, because we chose to run on hard compound tires, it was difficult to generate heat in the early stages, which really restricted us. Being able to come away from here with such a good result is thus all the more pleasing. I'd like to extend a special thanks to the mechanics for working all night long to fix the car," said GT-R driver Joao Paolo de Oliveira.

"Because the tires worked so well in this morning's free practice session, team director Kondo ascertained that we would be able to run without changing tires in the race. It worked perfectly. In the first half, it was difficult to move up in position, but I have to tip my hat to J.P. (de Oliveira) for maintaining the tires throughout his stint. As for my laps in the car, of course the tires, the chassis and engine all worked well. To win the opening round makes me incredibly happy," said GT-R driver Hironobu Yasuda.