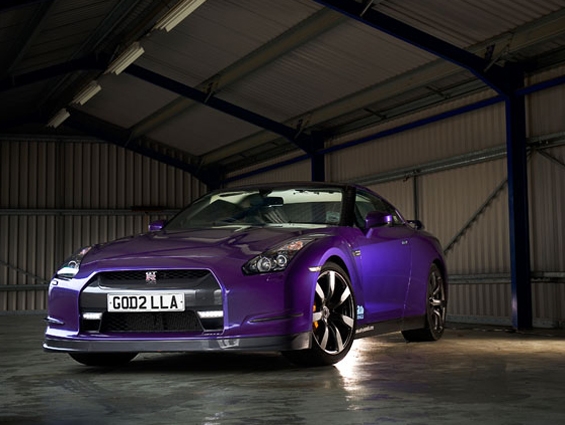 The Nissan GT-R is one of the most special supercars (not that much) money can buy. You don’t need to know the vehicle’s specs to be aware that you are dealing with a special machine. This is because the car uses an edgy, muscular design that screams “aggression” somehow without taking things too far.

So, it’s pretty clear that Godzilla doesn’t need a bold color to stand out. However, certain owners feel the need to dress their cars in something special. This is exactly what we are going to talk about today: British automotive journalist and GT-R fan Davis Yu, who owns one example of the car (a 2009 Spec V) that used to come in a Gun metal finish.

While the name of the color sound extremely cool, the owner decided that the vehicle needs a new exterior finish. The man asked Creative FX to wrap his car in a purple foil. Actually, the color is called Iconic Midnight Purple, a finish that is only available for the 2010 V Spec GT-R.

“David Yu approached us to wrap his gun metal GT-R in the iconic midnight purple, which is only available in the spec V version of the latest GT-R. David is very happy with the result of the wrap and says, “most of the people who’ve seen it thought it was a respray!” stated the press release.

We also have to mention that the wrapping job took under three days and also offered the supercar a new name: PURPLE ZILLA GTR.