5 2023 Nissan Z Is Finally Here: Gets Twin-Turbo V6 and Six-Speed Manual
Car video reviews:
Up Next

Last month, Japanese aficionados finally got a taste of the 2023 Nissan Z goodies. At home, the seventh-generation Fairlady Z has lots of versions. Even some that may never see the light of day outside TAS.
22 photos

The consensus is that Nissan did a swell job with the latest Z car. Very few have something to lash their tongues at, as designers nailed a cool mix of retro and new. Additionally, the engineers probably did their jobs even better than rivals – and they are now 400-horsepower-looking-down at the GR Supra.

Anyway, last month at the 2022 Tokyo Auto Salon (TAS), Nissan finally unveiled the new Japanese market specification Fairlady Z. It comes in no less than four versions, with or without a six-speed manual transmission instead of a 9M-ATx automatic gearbox. The key facts remain as before: 405 ps (399 hp) and a VR30DDTT 3.0-liter twin-turbo V6 under the long hood.

Even better, among the Fairlady Zs, Version S, Version ST, and Proto Spec examples, there was also a very cool bespoke unit. Called Fairlady Z Customized Proto, it won the concept car category at the TAS custom contest, along with other accolades. As well as the jealousy of an entire world.

This is because we have a feeling that Nissan will never build and sell a special edition based on it. And it is going to remain a neat, “retrolicious” one-off that pays homage to the Fairlady Z432R. The latter is, allegedly, one of the most valuable Zs in the world, as Nissan solely produced around 400 examples. Hence the main orange and black theme, as well as the split-grille decision on the modern tribute.

Frankly, with this recent (fake) video debut, the Japanese automaker managed a couple of negative achievements. They reminded us of the existence of this forbidden Fairlady Z fruit. Plus, it is not even real, as the model used for virtually every shot – including the moving ones – is just a digital template of the real car.

Just one redemption point is to be made. Right at the end of the video embedded below, there is a quick shot of the Fairlady Z Customized Proto and an old Nissan (presumably a Z432R) moving out of the frame side by side... 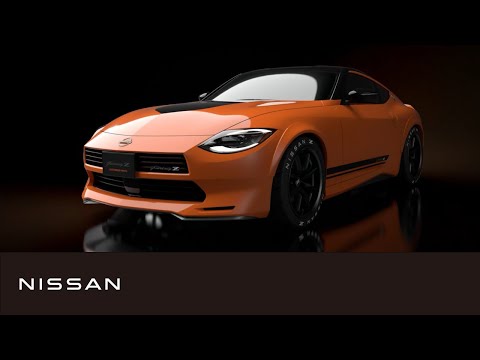