3 Artist in Amsterdam Will Pimp Your Ride Without Asking First

4 Artists Turns 4-Line Highway into a Musical Stave, and Its Sounds Good

5 This Guy's Passion is to Photograph Old Cars on the Streets of San Francisco – Photo Gallery
Car video reviews:
Coverstory

Los Angeles is considered by many the hometown of car customization. It’s also why Nissan chose it to offer a special personalization program called Note Color Studio last year. The Japanese carmaker has now announced it will extend the service to its Versa Note hatchback. The premiere will be celebrated with a street art battle at the Los Angeles Auto Show.
8 photos

While many use Nissan’s model to load their groceries, the 2016 Versa Note may as well pass as a piece of art; it’s up to each owner. That’s Nissan’s message: if you want to personalize the hell out of your hatchback, why not use the company’s resources to do so, instead of going to some aftermarket garage.

Nissan will debut an expansion of the new Nissan Color Studio - which celebrates a year of existence - to include the 2016 Versa Note. To announce this move, they commissioned three street artists with the reimagining of their hatchback. More precisely, a trio of specially wrapped Versa Notes will serve as canvases for Nissan’s LAAS Street Art Battle on November 17 and 18, a live event “pairing the creativity of three local street artists with the innovation of Nissan.”

“The Street Art Battle is a great way to preview the Versa Note Color Studio, which will make its official debut during the LA Auto Show. Even more, it's a fantastic way for Nissan to connect with the local art scene in Los Angeles - a group of people that appreciates creativity and innovation much like Nissan does,” said Dan Mohnke, vice president, Sales & Marketing Operations, U.S.

For those who want to know more about the event, there’s a press release you can consult bellow. One more thing, the three street artists are Annie Preece, Jaime Reyes, and Sebastien Walker. They will all have to create a painting following one of two themes: “Pursuit of Happiness” or “Color Changes Everything.” 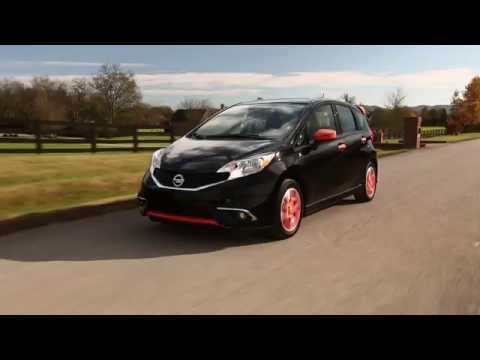