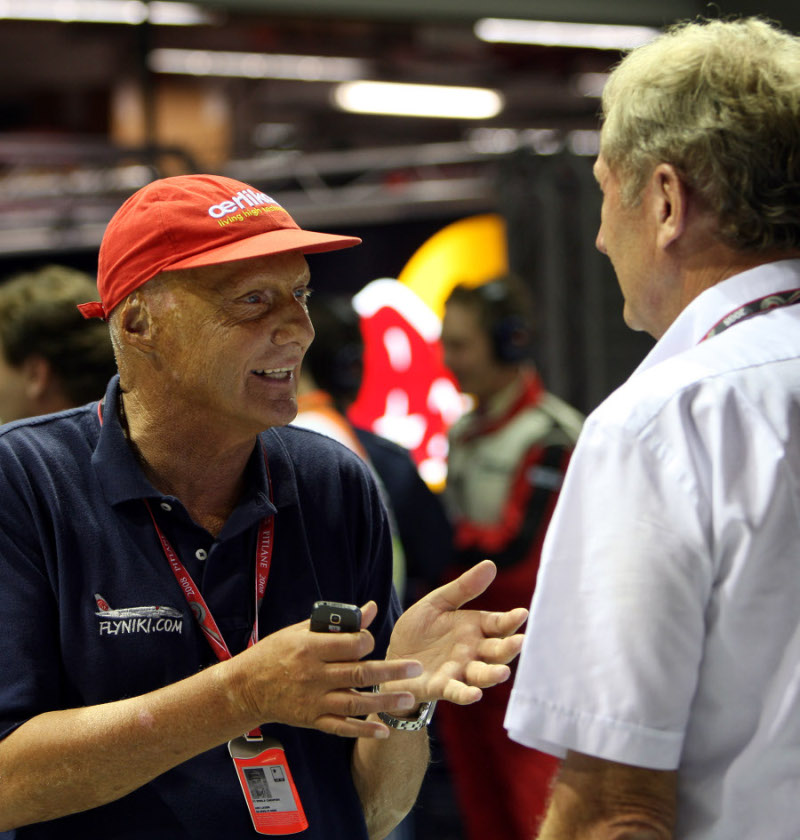 Former F1 champion Niki Lauda has backed Ferrari's decision to ask the International Automobile Federation (FIA) for a delay in introducing the expensive KERS technology in 2009. The Fin argued that, during these times of economic regression, teams pumping money in developing the new technology is not the solution for keeping the sport alive.

“The current topic is, for reasons of cost-cutting, using the engines now for three or four races (instead of two, like until last season). At the very same time every team is in the middle of an incredibly difficult development phase, spending 20 or 30 million each, on gaining 80 horse power for a few seconds per lap,” Lauda was quoted as saying by German magazine Kicker.

Ferrari – a team that has helped Lauda clinch no less than 3 titles – admitted earlier this week that they are late in developing their KERS unit, with the first on-track tests scheduled for the beginning of 2009. The Scuderia pushed for the delay of KERS for at least until 2010, but their efforts were slammed by both BMW and the FIA.

The German manufacturer has been testing the new unit from as early as mid-2008 and, despite experiencing plenty of problems with the technology throughout the year, admitted they will use their veto right within FOTA to prevent the postponement of KERS. In order for FOTA to sustain a strong argument to FIA on the matter, the vote on delaying KERS should be unanimous.

Ferrari are not alone in their attempt to postpone the technology, as rivals McLaren Mercedes are also against introducing KERS from as early as 2009. Unlike their Maranello counterparts, the Woking-based team has already begun testing their KERS unit on track. However, Mercedes' racing chief Norbert Haug argued that a good way to cut off expenses in 2009 – at least in the engine department – would be delaying the introduction of the revolutionary unit.

FIA are currently trying to find ways of cutting costs inside the Great Circle from 2010 onwards, but nobody seems to pay any attention to the upcoming season. Without a decent plan to reduce costs in F1 in 2009, Honda have already withdrawn from the sport due to financial difficulties. However, FIA's position on the matter remained unchanged, as it was expressed by Max Mosley earlier this week.

“Some manufacturers have risen to this challenge, one manufacturer has produced electric systems which will astonish people when they appear, another team is working on a completely new technology which will also astonish people. But some leading teams, such as Ferrari, have said that they don't like KERS because it is 'too complicated'. Could you imagine the great F1 engineers like Chapman or Duckworth saying 'I can't do that because it is too complicated'? It is a symptom of a disease in F1 where incremental change becomes the whole object of the exercise and real serious innovation plays no part,” argued Mosley.