What happens when a former Formula One World Championship titleholder meets a Koenigsegg for his first-ever test drive? Well, one could check out Nico Rosberg’s channel on YouTube to find the answer, as it cleverly includes an FIA Hall of Fame inductee, a plug-in hybrid hypercar, and the cool sea and mountain surroundings of Monaco.
33 photos

Because we’re dealing with a Koenigsegg, it’s pretty obvious this Regera is not just your average limited-production, PHEV grand touring sports car that deploys 1,500 horsepower. Instead, this Regera is a “one-of-one” that brims with exposed carbon fiber both inside and outside.

Its natural background for static shots is the Monaco marina, of course, which is exactly where Nico takes it once he gets the hang of getting it off the line. Yes, even experienced racing drivers can feel the anxiety of driving something cool for the very first time, so it’s totally understandable that he’s not getting everything perfectly from the first try, like kicking off the neat ghost mode.

This time around, it’s a treat for us that Rosberg’s video (embedded below) features all the chapters neatly arranged so we can focus on the sights and sounds. Yes, there’s even a little sprint on the Monaco GP course (after all, the 2021 edition just wrapped with Max Verstappen as the winner), but it’s clearly not the most important aspect of this joyride.

Instead, there’s a couple of scenic mountain drives with Nico at the helm in between the rather lengthy technical talk and team communication issues. Better yet, the roads were closed, so there’s no danger of anything else disturbing the fun.

And there’s quite a lot of, even though it’s quite clear that Rosberg isn’t exactly putting the pedal to the metal: one can see on his serious driving visage that he’s 100% focused on what he does but also doesn’t test the far limits of the Regera.

And it’s only logical; who on Earth would dare risk being the one to lay waste and damage to something as exquisite as this?! 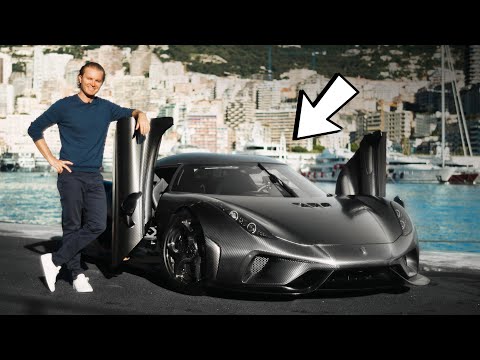