1 Bugatti Chiron's Successor Will Be Heavily Electrified, Still With a Combustion Engine

2 The Bugatti Chiron Is Completely Sold Out, What's Next for the Molsheim Company?

Unveiled four years ago, the Rimac C-Two Concept morphed into the Nevera in June 2021. A hypercar unlike anything else we’ve seen thus far, the all-electric sensation is priced at €2 million and is limited to 150 copies.
41 photos

Nico Rosberg, the gentleman who took the Formula 1 World Drivers' Championship title away from Lewis Hamilton in 2016, ordered the Croatian hypercar two years ago even though it wasn’t his top choice. Sick of waiting for the Mercedes-AMG ONE, which is the closest F1 car for the road ever, he chose the Rimac over the Ferrari SF90 Stradale, the still-unfinished Aston Martin Valhalla, and the balls-to-the-wall Koenigsegg Regera.

Rosberg is much obliged to show his new car in the guise of a carbon-fiber chassis on the assembly line. It’s hard to guess what kind of specification he’s going for, but on the other hand, Nico did mention three options in a previous video blog. The first option is black paint over a black interior.

Lewis Hamilton’s worst nightmare also mentioned Ferrari-esque red, and his third choice would be British Racing Green with lots of glossy carbon fiber and tan leather upholstery. Considering that Nico’s car will be finished in due time, it won’t be long until we find out his preferred specification.

Rimac has recently wrapped up two intensive weeks of winter testing in Sweden at temperatures of -15 degrees Celsius (5 degrees Fahrenheit). “Our prototype performed at 100% throughout, so we know that our core systems can perform reliably even in extreme conditions,” said Mate Rimac. 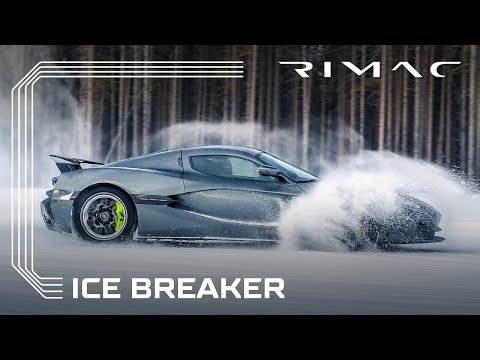