4 Nico Rosberg Races a G 65 AMG Against an MV Agusta Rivale
Car video reviews:
Up Next

Arguably some of the most annoying moments in the 2013 season of the Formula 1 championship were when you were watching the races and had to draw close to you TV in order to see if the screen is depicting either Lewis Hamilton or Nico Rosberg.
1 photo
We say this because both Mercedes-AMG Petronas drivers had an annoyingly similar color for their helmets.

Paired with the fact that both Hamilton and Rosberg were driving identical-looking cars and adding in a small dose of colorblindness and a a couple of beers, it was pretty darn difficult to see which was which during the some of the racing moments.

Thankfully, 2014 will be entirely different, and not just because the new single-seaters have almost nothing in common with the old ones, but because Nico Rosberg is sporting an entirely new black livery for his helmet.

The following video shows Nico explaining the new "full attack" color choice and design motifs from his 2014 helmet, so we advise you to watch it closely. 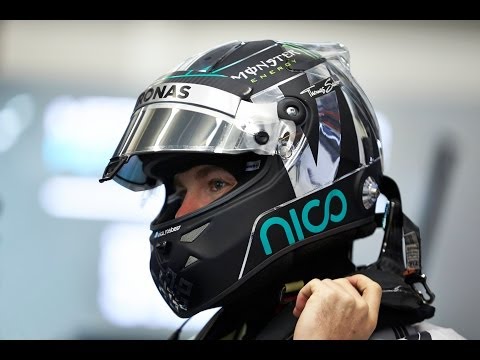