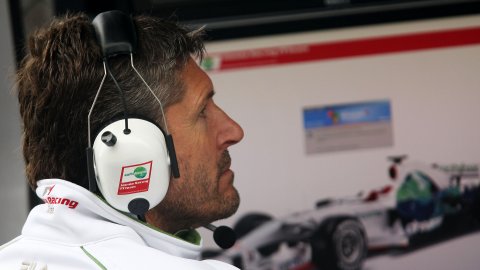 Ross Brawn revealed that he has decided to keep the management team from Honda F1 Racing intact ahead of the new 2009 season. Having completed the management buyout from Honda earlier this month, the former team principal insisted this is the only way the team could pick up on their development work throughout the 2008 season.

He therefore put an end to all the rumors suggesting former team CEO Nick Fry would no longer enter Brawn's plans for 2009. The Brawn GP owner said the entire management worked hard to keep this team alive and they should all be awarded with a chance to keep their dream of being part of F1 alive.

“If we hadn't stayed together as a group, myself, Nick Fry, Nigel Kerr, Caroline McGrory, John Marsden, if we hadn't stayed together it would have been very difficult to achieve because there have been some very black days in trying to keep this team alive. I'm glad to say here we are and we are going to Melbourne, so it is fantastic,” said Brawn, according to autosport.com.

“Nick has been a key member of the team. He retains his position as CEO and will be a vital member for the future. Nick's position hasn't changed, despite the speculation, and he has been a vital part of putting this all together,” added Brawn, with a direct reference to the aforementioned rumors.

Some of the people back at the Brackley headquarters were reportedly planning to go on a strike following Honda's decision to go ahead with the management buyout, as it is believed more than half of the 700 employees working for the team are to face layoff. However, Brawn suggested this was the only possible rescue solution for the team and, without it, all employees at Brackley would have been left without a job ahead of the new season. In addition, he made it very clear that he had every intention of keeping the majority of staff from the former Honda F1 team.

“If the management group, because it is not just myself, had not taken this task on, there would be no team. Then all of the staff would have been made redundant. It is fair to say we will have to look at the size of the team because we have gone from a manufacturer to a privateer, but the majority of people will continue with the team. It is not going to be an easy process, but I think everybody in the team understands the situation and the team survives – and it will give a career to a majority of people,” argued Brawn.