1 BMW iX and i4 Want in on the Coupe-SUV Lifestyle, Convince BMW's iX4 to Go EV

Caught in the whirlwind of the S650 seventh-generation Ford Mustang novelty, the teaser for the upcoming fifth-generation Ford F-Series Super Duty almost escaped unnoticed. Luckily, Twitter remembers such stuff, as per the embed below, and we can still check out the surprising apparition (most expected it for early 2023 or later) of the first official preview for the work hard and party harder heavy-duty trucks.

Even better, Ford is not beating around the bush for too long with this new F-Series and will spill all the official beans on September 27th. The short video on social media is also providing a great look at the new Super Duty's headlights, but that is about it as far as OEM details go. No worries, though, as the good folks over at the AutoYa info channel on YouTube have again imagined the tough looks of the fifth-generation Super Duty, just before the official introduction.

And the channel’s fans know very well this is not their first attempt at uncovering the goods that made the Super Duty F-Series popular with everyone – from contractors to boat owners and whatnot. So, after the midsummer CGI dream where even the unannounced F-Series Super Duty Lightning paid an unofficial EV visit, just ahead of the autumn’s kick-off they refreshed the unofficial reveal with all trim versions, plus a nice old versus new comparison reel.

Now, directly based on the official teaser, comes one last imagined preview. This time around, the POV switches to the front, and those hoping for the already traditional unofficial color palette preview will not be disappointed. Unfortunately, until the Blue Oval head honchos present the Super Duty, it seems that interiors and the rear POVs will remain a mystery. 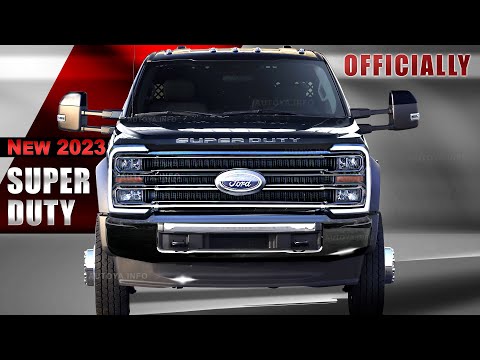