You know how New Zealanders are always coming up with the wackiest ideas, right? Well, the latest deed that caught our attention has something to do with tea cups, radio-controlled cars, and a lot of fun. Apparently it’s the country’s new favorite sport, and it involves the rightful amount of imagination combined with the proper scaling of madness.
8 photos

Organized by Capital! Steampunk, a steampunk events community in Wellington, New Zealand, the peculiar RC racing event is part of the CubaDupa festival. As you probably figured out by now, it involves modified remote-controlled cars that have a teapot instead of a body sitting on the chassis. In other words, this sport implies navigating radio-controlled teapots through an obstacle course with tunnels, ramps and jumps.

It might look more like a thing meant for kids, and it might as well be so, at least for those who watch the show. On the other hand, the so-called racers are grown-ups who enjoy creating new ways to remain unique. After all, isn’t that what Steampunk is all about?

In case you haven't heard of it before, we'll take the time to remind you. It’s a subgenre of science fiction and sometimes fantasy - also in recent years a fashion and lifestyle movement - that incorporates technology and aesthetic designs inspired by 19th-century industrial steam-powered machinery.

It appears the idea to organize a teapot racing belongs to steampunk enthusiast Simone Montgomerie, and the first-ever event was held last year, during the Oamaru Steampunk Festival. According to Odditycentral, Montgomerie advised participants to acquire a remote-controlled vehicle and replace the original body with a light teapot that fits the chassis. Then, all they had to do was use hot glue guns to fix the teapot in place and dress up the teapot to reflect a steampunk theme.

Ten such RC vehicles from various steampunk groups around New Zealand were finally chosen for the race that took place on March, 29th. The only question left to answer is whether or not the teapots had actual tea inside. 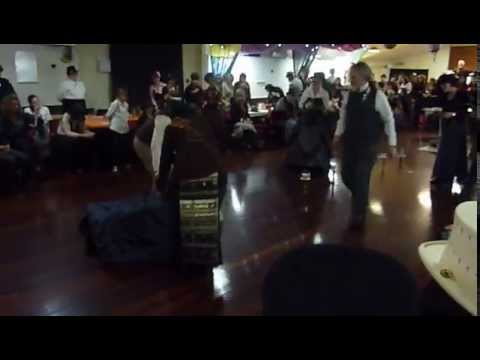