The feeling of endless torque you get from diesel engines can be addictive, and there's no denying this setup feels perfect for a big, heavy crossover or SUV. However, Toyota is definitely on to something with the all-new RAV4 Hybrid.

The Japanese automaker deserves a lot: slow clap, pat on the back... maybe a Nobel prize or two. The company is sticking to the technology it pioneered over two decades ago and every generation is way better than the one that came before.

We saw it with the real-world efficiency of the Prius 4 versus the Prius 3 and now again with the RAV4 Hybrid. The last model wasn't really meant to be a hybrid, and fuel consumption suffered. But despite looking as aerodynamic as a Jeep, the 2019 generation is a good sipper of fuel.

This is an independent fuel consumption test conducted by a YouTube channel called 1001cars a couple of weeks ago. The setup is simple: hold the speed steady at certain speeds and see what the "needle" reads.

The test speeds are 90 km/h or 56 mph, 120 km/h or 75 mph, 140 km/h or 87 mph plus a little bit of city eco-driving. The table shows the new RAV4 is about 20% more efficient than the 2017 version and better overall than most other crossovers or SUVs. Obviously, there are some exceptions too, like the smaller C-HR Hybrid, which is much smaller. Also, the BMW X3 xDrive20d and Mercedes GLC 220 d can compete with the Toyota. You might want to check out the Ford S-Max, which proves the tourer(fancy German name for an MPV) is a great long-distance family traveler.

The RAV4 system comprises of a 2.5-liter Atkinson cycle gasoline engine and an electric motor to deliver a combined 218 HP through an e-CVT. With a proven 0 to 100 km/h sprint time of 8.2 seconds, it's not slow either. But this SUVs is still aimed at those with an environmental conscience, not performance junkies.

We're not trying to take sides here, just to bring you a kind of update of how far hybrid Toyota SUV tech has come. 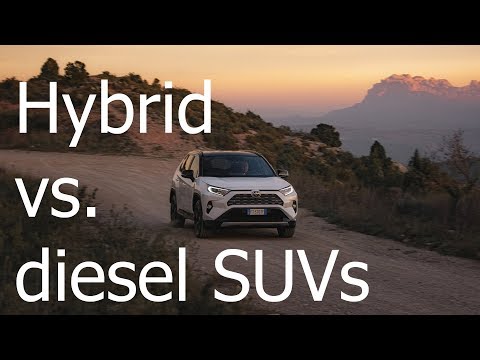 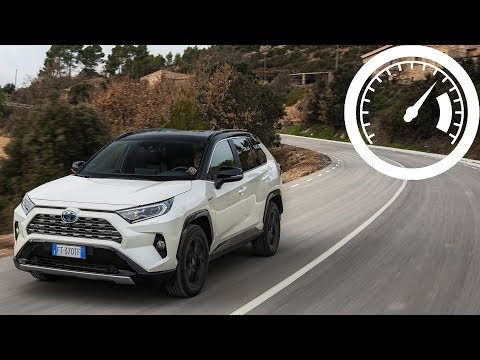