Tudor Rus
Just like Rome wasn't built in just one day, the Toyota Mirai fuel cell EV didn't just show up after last night's rain.
1 photo
This is exactly what Toyota wants us to know in their latest video uploaded on the Toyota Europe Youtube Channel. From the video, we find out "downsizing generates new possibilities" but they're not talking about engines here.

What Toyota wants to draw attention to is how their research over the years found its way into the Mirai FCEV. Also in the video below you'll be able to see how power output constantly increased since 1996, as fuel cell stacks became smaller and more efficient.

We don't think the release of this video is a coincidence, since a few days ago the first batch of Europe-bound Toyota Mirai fuel cell cars landed in the UK, from where it will also reach countries like Denmark and Germany.

Why so many markets, you might think? Well, that's because Toyota targeted areas where hydrogen fuel supply and retail infrastructure are being developed.

Oh, and as a side note, the already limited number for Mirai fuel cell EVs available in the UK this year has already been reserved by buyers.

In the US, however, Toyota will bring around 3,000 units through 2017, but the first cars will only be available for Californian customers, who will have to pay a $57,500 MSRP sticker for the fuel cell EV, without including the $835 destination fee.

This might be a spicy price tag for some, but Toyota has free goodies for customers. 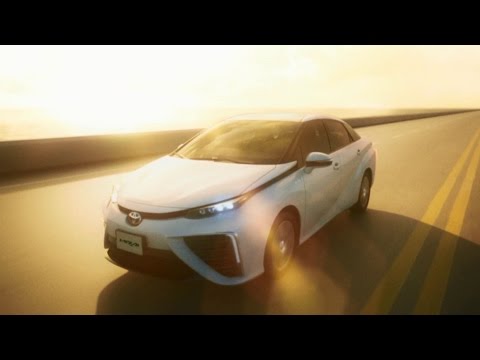