Spanish carmaking brand SEAT is supposed to be undergoing the biggest change in a long time. Right now, what they have to show for it are the Mii city car, the Ibiza facelift, the Toledo sedan and the new Leon. They’re all impressive cars to look at, but what about something bigger.
1 photo 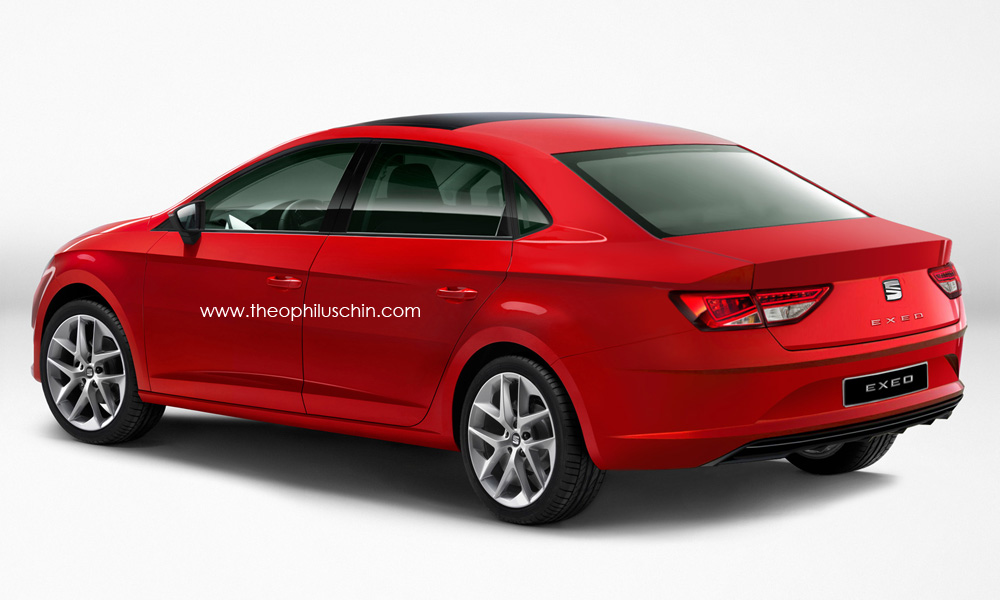 Yes folks, we’re talking about the Exeo. VW Group has the new MQB modular platform, so hopefully there’s no need to recycle the Audi A4 any more. But when is the new Exeo coming. Well, a facelift was revealed at the Frankfurt Motor Show last year, so presumably we still have to stick it out with the disguised Audi for at least a couple more years.

But when the new Exeo does indeed arrive, it should look a bit like this. Theophilus Chin has created a set of renderings, based on the front end of the Leon and adding the back end of the IBL Concept.