2 49 Percent of Us Dream About Driverless Cars 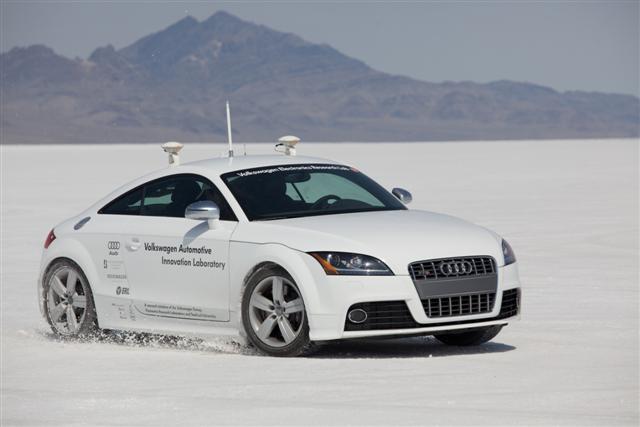 Oh boy, “i, Robot” scenario here we come! When thinking of futuristic car, it’s mostly along the lines of a more powerful Porsche or a lighter BMW, but some might have us driving around riding along in little boxes that run autonomously.

The US state of Nevada might also want us to drive sit in our cars more safely, being chauffeured by a bunch of computers and GPS trackers, so it’s introduced a new piece of legislation that could see cars that drive themselves becoming road-legal.

According to the Huffington Post, the move could come into full effect as early as March 1, 2012. The new legislation directs the Department of Motor Vehicles to "adopt regulations authorizing the operation of autonomous vehicles on highways within the State of Nevada."

According to Nevada’s new law, we can describe an autonomous vehicle as one that uses "artificial intelligence, sensors and global positioning system coordinates to drive itself without the active intervention of a human operator." Nevada is basically asking the DMV to create a driver's license endorsement for such vehicles. Yes, you heard us right, a driver’s license for the car!

Thankfully, an actual car that drives itself perfectly is still a long way off. Google has been a big player of the self-driving car, saying that it believes such vehicles could cut road accidents in half. The company has already tested out their automated cars on the streets of California, logging over 140,000 miles, and is probably the driving force behind Nevada's move.