3 “The Jetpack Guy Is Back” Flying Into LAX Flight Path, FBI Is Investigating

5 Hunter Kowald Is Flying All Over LA in His Custom, Production-Ready Hoverboard
Car video reviews:
Up Next

New Mini-Doc Shows Us How the World's Smallest, Coolest, Personal Aircraft Was Created

When a guy comes and tells you that he can make flying accessible to you via the most compact, most powerful, and safest personal aircraft in the world, his name stays with you. It’s been a long, tough, 19-year long ride for engineer/inventor Hunter Kowald, whose name is now familiar to anyone passionate about aviation, especially after he floated on his hoverboard above Times Square as well as L.A. His entire journey is now available to watch in a new, exciting, and inspiring mini-documentary.
7 photos

Insta360 documented the creation of the science-defying SkySurfer, and we get to see all the important steps the inventor took in his life that led him to where he is today. Kowald was sketching flying devices that he could just sit on and cruise around ever since he has 10-years-old and his entire background had an important role in developing the SkySurfer. Multiple prototypes of the drone-like aircraft have been built, tested, and constantly improved.

When he finally reached a version that he considered production-ready, the Los Angeles-based engineer started advertising it in the most insane (and most likely illegal) ways, making several epic appearances in Los Angeles and New York.

We don’t have all the specs yet for the SkySurfer, but this utterly cool flying machine is said to offer up to 20 minutes of flight time at speeds of over 50 mph (80 kph). It has a total payload of 500 lb. (227 kg) and is made of carbon fiber and industrial-grade material. The “pilot” simply stands on the hoverboard and takes off, being able to fly anywhere, including above desert dunes, as you can see in the video below the article.

All the ups and downs of the development process are included in Insta360’s three-minute documentary, which took six months to be produced, according to Kowald.

We still don’t have a price for what promises to be the most amazing personal flying device to date, but there is now a section on the SkySurfer website where those who are interested in buying or investing in the aircraft can sign up on a list. 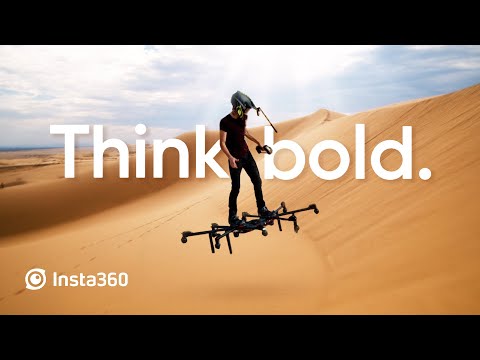