2 2019 Mercedes GLE-Class Winking at Us With Production Headlights

4 2016 Mercedes-Benz SL Facelift Spied in the US, Semi-Reveals Front End

The fact that the Mercedes-Benz GLE Coupe is ugly is pretty much a consensus for the automotive industry. Motor Trend called it the UGLE (ugly), while Doug DeMuro recently described it as pointless and unpleasant to look at. But despite that, Mercedes is unwilling to change the formula.
3 photos

We think the GLE Coupe is like a bad robot movie, like Transformers 5 or Pacific Rim 2. It's going to sell toys and do well in China because they have two Chinese actors, so the formula can just be forced to work. For Mercedes the so-called "coupe" is a cash cow, costing several thousand more than the regular model despite sharing most of the parts.

"What do you expect a Sports Activity Coupe to be like anyway?" we hear you say. Well, several automakers have proven that there's a better way to do things. For example, the Rang Rover Velar is undeniably a hit in the design department. It has distinct proportions that people have never seen before on a high-riser. Another highly successful product is the Audi Q8.

We know that not everybody likes Audi, but sharp lines and well-conceived proportions make this a worthy alternative to the Q8. It's not even that bad in the practicality department. We have nothing against the way the sloped roof looks on the GLE Coupe prototype, but it undeniably cuts into both headroom and rear visibility. And somehow, Mercedes failed to added frameless doors. We know they are a little tricky to engineer, but people undeniably enjoy them.

Like the BMW X3/X4, the GLE suffers from the miss-matched front and rear end appearance. The headlights are thick and rugged, while the taillights are narrow like those of the E-Class Coupe. Still, it's not as bad as the Rolls-Royce Cullinan which costs probably three times as much, so Mercedes is safe in that regard. 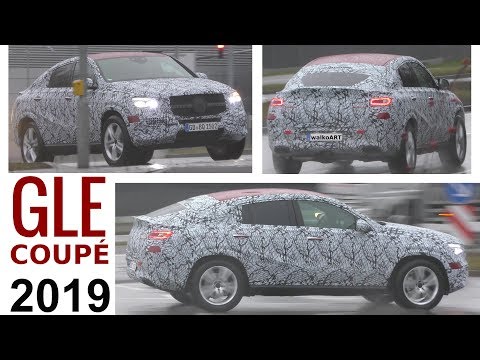