Oh, the Autobahn. I remember that I was riding shotgun in a Cadillac Escalade on my first time there, and as we were doing about 100 mph, a Porsche Cayenne started flexing. There were 5 or 6 lanes, and as both cars were accelerating away, a brand new McLaren blew past us at what felt like 200 mph. There's always someone faster on the Autobahn!
7 photos

Remember the early 2000s? Before Youtube even existed, the only way you could see some brand-new cars doing top speed runs was if you'd watch a TV show like Top Gear or Fifth Gear. But these days, several people produce automotive content focusing on top speed runs on the Autobahn. They simply jump from car to car and give them everything they've got.

And in this most recent attempt, as we have reached the end of our AMG Month here on autoevolution, we get to see a 2021 Mercedes-AMG C63 S Coupé going all out on a no speed limit of the German-built highway. If you're going to buy a fast 2021 C-Class, this might as well be the one to go for. Because the C63 S Coupé comes with just a little over 500 horsepower on tap and some 516 lb-ft (700 Nm) of torque.

It might be the most potent C-Class made today, but it's not the most impressive AMG vehicle on offer, that's for sure. The AMG GT Black Series is the fastest one to look at, but the most expensive one at the same time, and Mercedes-AMG claims that this car can hit 202 mph (325 kph) when pushed to its limit. At the same time, the C63 S Coupé is only rated at 174 mph (280 kph).

That's still pretty fast, but I imagine it must be frustrating almost reaching that 186-mph (300-kph) marker after paying so much for a brand-new car. The first test of the day is a standard 0 to 62 mph (100 kph) run. I imagine that grip levels were not optimum, seeing that the result is 4.63 seconds, while Mercedes claims that the car can achieve 3.9-second runs. A second test leads to a better result of 4.26 seconds, and the driver keeps on pushing the car to see what it can do all the way up to 124 mph (200 kph).

We get to see 12.6 seconds run, which is just about the same performance you'd get in a BMW M4, which has less power but is also lighter. With traffic ahead, the driver backs off from the throttle as he reaches 260 kph. As he exits and re-enters the highway, we get to see a 62 mph to 124 mph run, which clocks in at 8.3 seconds. Reportedly, a 2008 Nissan GT-R needed about 8.7 seconds to achieve the same performance.

But a 2010 Porsche 911 Turbo PDK should achieve a 7.9-second run in the same given context. Either way, after a while, the coast is clear, and the driver unleashes the car's full potential. It all stops at around 175 mph (283 kph), just as the manufacturer states in the description of the vehicle. So I guess if you really want to hit 186 mph (300 kph), you're just a few thousand dollars away from doing so. With all the available upgrades on the market, achieving that goal should be a piece of cake. 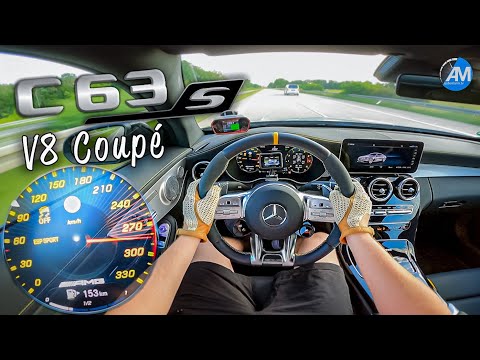