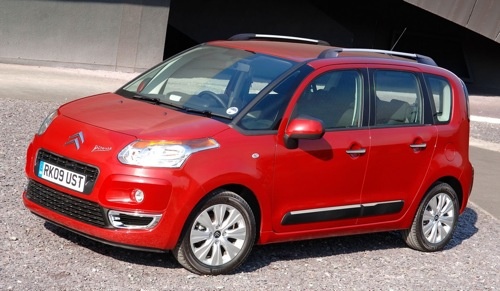 Celebrating 90 years since the Company was founded, Citroen has launched a new television advertising campaign, created by Euro RSCG Paris, which shows off many of the models produced by Citroen.

The final model shown is the C3 Picasso, celebrating Citroen’s heritage of ‘Creative Technologie’. Citroen has also prepared something special for its customers, and treats them with a production run of 150 limited edition C3 Picassos, equipped with over £1,000 ($1,673) of free options.

The new C3 Picasso 90th Anniversary model will be available in one of Citroen’s signature colors (White, Red or Black). Based on the Exclusive trim level, the car is powered by Citroen’s 1.6HDi 16V 110hp engine and features automatic air-conditioning, automatic headlamps and wipers and 16 inch alloy wheels.

“Our 90th Anniversary celebrations provide us with an opportunity to communicate on one of our major brand assets - our heritage,” said Gary Savage, Citroën UK’s Managing Director in a release for the press.

“It is our intention to further improve the brands appeal by featuring our history, our design credentials, our success in world rallying and our award winning range of vehicles in our future marketing to underline the pedigree of the Citroën marque. This new TV ad. says it all!” added Savage.