2 “MINI Liquids Assets” Game for iPhone and iPod
Car video reviews:
Up Next 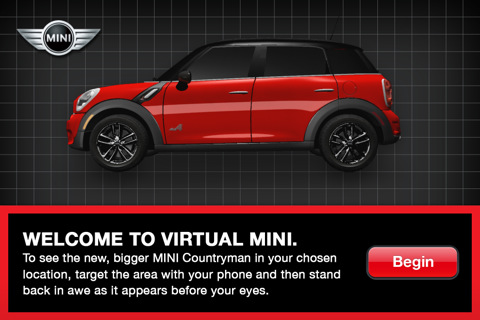 Aimed at emphasizing the versatility of MINI's Countryman model, a new mobile augmented reality (AR) application for the iPhone has been developed by Helios Interactive Technologies. Through this new app, users are able to take pictures of a virtual MINI Countryman in their garage, a parking spot, or even on the end of their toothbrush.

“From inception, this iPhone application was created simply to give consumers a utility to visualize the larger MINI Countryman in their garage,” said John Butler, Executive Creative Director of Butler, Shine, Stern & Partners. “It’s yet another example of MINI being an advertiser who is generally first to market integrating emerging technology with traditional media.”

The app can be downloaded via a QR code included in a print ad in the March issue of Wired, and will be available through the iTunes Store, Facebook and MINIUSA.COM. Scanning the ad’s QR code with their iPhone 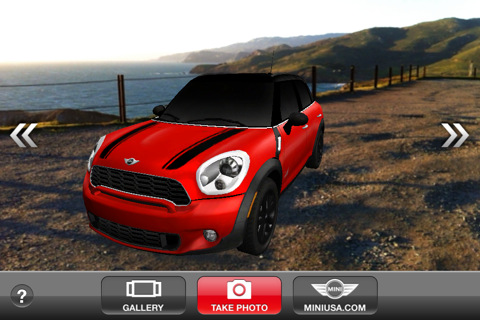 will take consumers directly to the application within the iTunes store.

Once downloaded, the application gives users the opportunity to select from one of four different colors and configurations of the MINI Countryman, superimposed on the live video feed from their phone’s built-in camera.

After resizing and rotating the customized 3D model into place, users can capture a snapshot of the scene to be saved to a photo gallery, providing options to share the image with their friends via Facebook or email.

“The Virtual MINI app is designed to engage consumers in a fun, unique way,” said Mike Schaiman, Managing Partner and co-founder of Helios Interactive Technologies. “We expect people to take some interesting shots and have fun with the new MINI Countryman. In addition to being among the first automotive apps to integrate an AR campaign for mobile, the Virtual MINI app offers a quirky experience that fits the brand perfectly.”