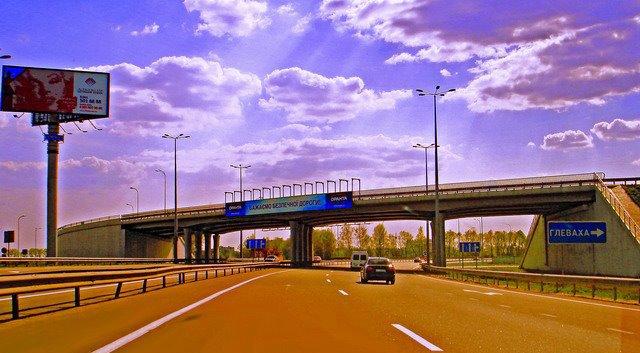 Since the economic crisis struck, large investments in transport infrastructure have been sidetracked by the world's economies. Now that the skies begin to clear, some countries begin raising their heads from the dust and announce major development programs.

The Ukraine Minister of Infrastructure Borys Kolesnikov announced today that his country would begin a major overhaul of its road network, adorned with the build of high-speed motorways. The most important of them all will be the trans-Ukrainian 1400 kilometers long primary road from Krakovets to Uspenka, which will become at one point part of a larger road which will link Berlin to Rostov.

The project, which also calls for the creation of a Trans-Dnieper highway, is an important tool in insuring the success of the European football championship which will take place in the country in 2012. The new roads will also get a high usage rate because of the football World Cup 2018 in Russia and the Olympics in Sochi.

The major endeavor will be funded mostly from the country's budget, with all the work expected to be completed in five to seven years.

Some money will also come from the implementation of the highway tax into the price of the fuel, a system similar to the one in use in Germany, the Scandinavian countries and Switzerland. The paid roads system used in Italy, France and Spain has been deemed useless in Ukraine.

"Provided the tax on fuel, there will appear real high-speed motorways in Ukraine," the minister said in a statement. "There is no market for paid roads in Ukraine."