1 Boeing and Airbus Executives Ask Biden’s Administration to Delay Rollout of 5G in the U.S.

If you’re a Pats fan, then you probably don’t want to hear anything about airplanes or any other means of transportation right now. Your team was just bounced out of the NFL Wild Card round by the Buffalo Bills with extreme prejudice. The game ended 47 – 17 in favor of the Bills, with Josh Allen throwing five touchdown passes.
11 photos

Before they got dismantled by their division rivals on Saturday, the New England Patriots flew to Buffalo onboard a custom Boeing 767-300ER.

They use this jet for pretty much all road games, as well as various goodwill missions across not just the region, but also the U.S. and the entire world. For example, the Pats sent out the plane to pick up over a million masks in China early in the pandemic and used it to transport healthcare workers to last year’s Super Bowl in Tampa.

According to One Mile at a Time, the Patriots bought two Boeing 767-300 models back in 2017, for a total of $10 million. Then, in 2020, they gave one away to Eastern Airlines and kept the other (with Eastern providing the crews, maintenance etc.) – a 31-year old plane which flew for American Airlines until 2016.

Since the team didn’t need the 767-300's entire seating capacity and football players are usually larger than your average airline passenger, the cabin of the jet had to be customized in a premium configuration, with most seats being worthy of “first-class” status.

This past season, the jet flew for 44 hours and 17,000 miles (27,000 km) for the Pats’ away games, which come to think of it, is very little, as opposed to what it would have flown as a commercial jet. We reckon the Pats can continue using this old 767 for many years to come.

As for the way it looks – the plane was initially painted all-white, before the red and blue colors could be added. Everything else, from the logos to the Lombardi trophies, those are all decals.

The only thing missing from this plane is a gentleman named Tom Brady, who’s still on track to win yet another Super Bowl this year, while his old team, the Patriots, will be watching from home. 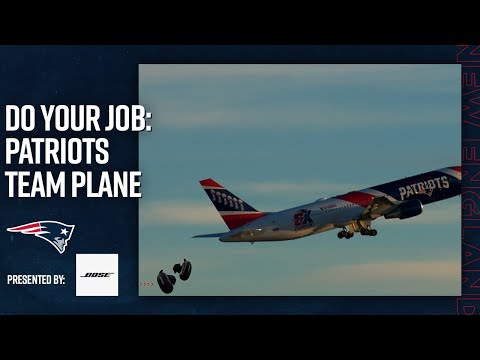