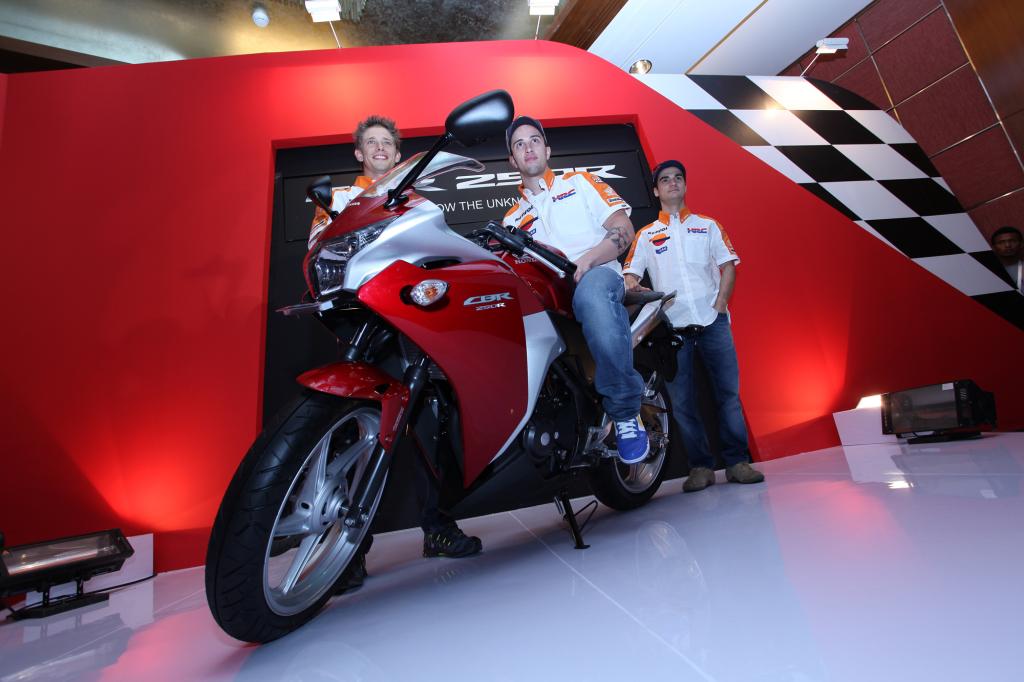 The new CBR250R, which was presented to the public for the first time at last year’s EICMA show in Milan, stunning the audience with its looks and features, has recently become Honda’s flagship model in Indonesia.

As the new team sponsor of Repsol Honda, Jakarta-based Astra Honda received a special visit from the three MotoGP team riders late last week, who have helped launch the new CBR250R on the local market.

“We believe the presence of these three Repsol Honda riders - which have proven their skills in MotoGP, will give spirit and inspiration to Indonesian Honda’s riders in reaching their dreams,” said President Director PT AHM, Yusuke Hori, during the 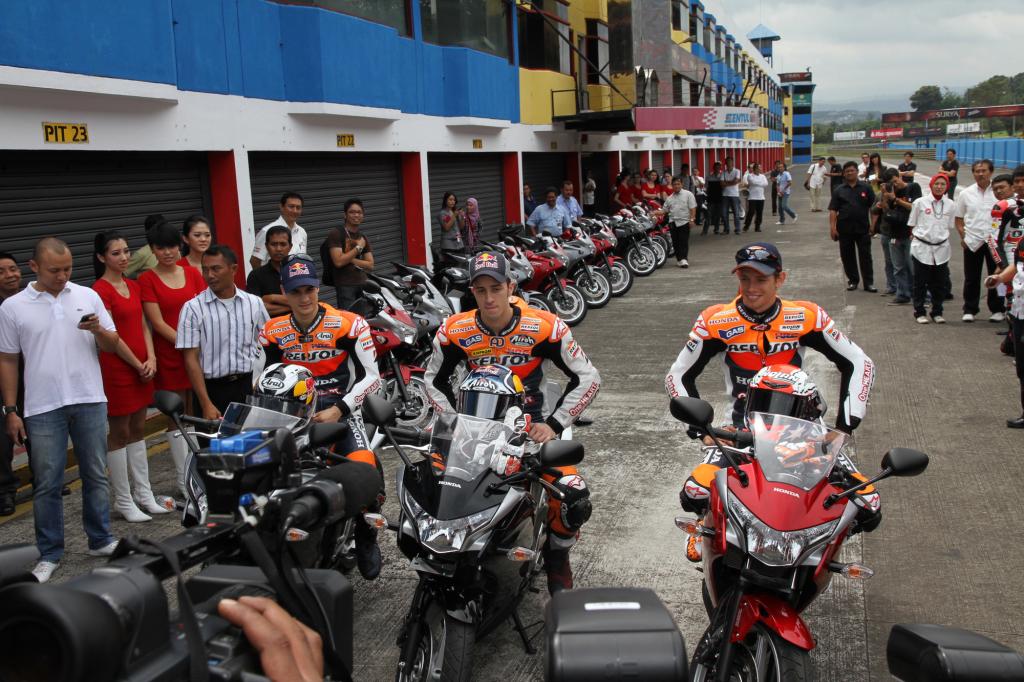 Dani Pedrosa, Andrea Dovizioso and Casey Stoner also visited the Sentul circuit on Saturday, the Indonesian track that hosted its last World Grand Prix in the 1997 season, due to the domino effect from that year’s Asian Financial Crisis.

The current circuit is shortened 40% in length compared to the original design and now predominantly used for motorcycle racing and the Asian F3 series. The venue also stands in the shadow of the Sepang International Circuit completed in 1999 with a superior track layout and facilities when compared to Sentul.