New Car Sales in Germany Fell by 6% in November 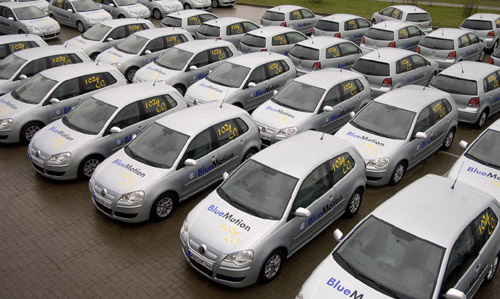 Though it's not on a complete path to recovery, Germany’s sales market only posted a 6 percent drop in November as compared to last year. Though the figures are nothing to be optimistic about, they still show that a bottom in the market may be reached soon.

A total of 262,500 units have been sold in November, according to the domestic automobile association VDIK. Cumulated car sales for the first eleven months of 2010 now stand at 2.69 million, 25 percent lower than for the same period of last year. Last month, when the October data was released, care sales were 20 lower than in 2009, signifying that November made a big impact on the data.

"The monthly declines in the market as a result of the scrappage scheme shrank further again in November. Since their effects had largely abated in December 2009, I estimate that the first positive result in new car registration data for 2010 can be achieved this December," VDIK President Volker Lange said in a statement that followed the release of the data.

The high sales figures in 2009 reached 3.8 million, backed mainly by a government scrappage scheme. So it doesn’t come as a surprise that the total sales for this year are expected to be below 3 million units.

However, it’s not all doom and gloom. German car sales will probably rise 6.9 percent next year as falling unemployment and rising payrolls in Europe’s largest economy boost demand, the country’s automotive industry group said. German unemployment fell for the 17th month in November, while business confidence surged to a record, helping to boost demand. Domestic orders at German-based carmakers have been growing steadily since September.