1 ZeRo Superyacht Is a Beautiful, Hydrogen-Powered Dream for a Clean Future

4 Maritimo M60 Flybridge Yacht Is All About Chilling at Anchor, Away From Land

The new M55 Flybridge motor yacht and S55 sedan motor yacht made waves at the event, receiving incredible feedback and arousing interest, with Maritimo boasting of this being its best show ever in the Americas.

According to Dave Northrop, Maritimo President for the Americas, the FLIBS gave the public the chance to see, experience, and inspect the two vessels for the first time in this part of the world and they were blown away. Maritimo registered a large number of bookings for personal tours for both the S55 and the S55.

The M55 Flybridge had its global debut back in May and while it carries on the legacy of the past M-Series vessels in Maritimo’s portfolio, it also makes use of the latest technological advancements. With a total length of almost 57 ft (17 m) and a 1,200 US gal (4,550L) fuel capacity, the Flybridge is both powerful and playful. It is equipped with two Volvo D11-670 mph engines and in standard configuration, it has a sleeping capacity of six, in three standard cabins.

With large walk-around decks, a sky lounge that maximizes the yacht’s space, and a generous saloon lounging area, the M55 is all about providing comfort and style during long cruises.

The other motor yacht revealed at the Fort Lauderdale International Boat Show was the S55, the company’s latest addition to its sedan motor yacht series. Maritimo boasts of the S55 being a fresh take on how a sedan motor yacht should feel and perform, with the vessel being developed for tough Australian cruising conditions.

It has the same length as the M55 Flybridge, as well as the same fuel and sleeping capacity. The design of the S55 aims to maximize the practical deck spaces onboard the ship. You can access the sedan hardtop from the upper cockpit deck so that the hardtop can be used as a utility deck space. It can carry the weight of over 770 lb (350 kg) davits and tenders, freeing up the adventure deck and aft garage so that they can be used for storage or entertaining, as explained by Tom Barry-Cotter, Maritimo Director of Design.

Maritimo’s S55 and M55 motor yachts are just two of the eight new models planned to be globally revealed by the yacht builder in 2021. 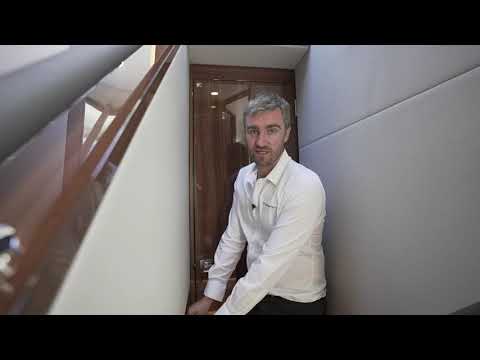 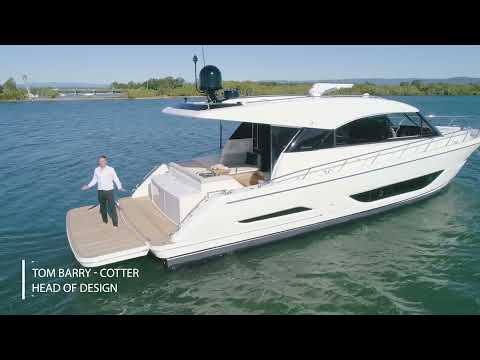