2 History of the Chevrolet Corvette, the Greatest American Sports Car of All Time

Against the trippy, steampunk-heavy and legit insane backdrop of Burning Man, there is one rig that never fails to stand out, no matter how thick the desert dust: Neverwas Haul. Call it the world’s first Victorian house on wheels, or the strangest looking RV ever built, but Neverwas Haul is a legend in its own right.

October is Iconic Vehicles Month here on autoevolution, a month-long celebration of the vehicles that have, in one way or another, shaped the respective industry that gave them birth. Neverwas Haul is iconic not because it marked a new era in automotive design and production, but because it continues to linger as a symbol of creativity in the most general sense. It is the living incarnation of the phrase “follow your dreams,” but with an automotive twist.

Neverwas Haul has been around for almost 15 years now, and its popularity is showing no signs of fading. At the same time, the Neverwas Haul of today is not the same Neverwas Haul that made its debut at the 2006 edition of Burning Man, the world-famous desert festival dedicated to radical self-expression and self-reliance. It’s constantly being upgraded, so as to continue accommodating the team of explorers on their quest of traveling the world without a zeppelin.

Designed and build by Shannon O’Hare, Neverwas Haul is a self-propelling Victorian house, and most definitely the world’s first Victorian house RV. It actually sits on a fifth-wheel trailer with large iron wheels that serve as balancing outriggers, measures 24 x 24 x 12 feet (7.3 x 7.3 x 3.6 meters), and is often described as a three-story construction. In reality, it is a strange construction with four separate rooms or areas: there’s an engine room that doubles as a storage room, a command deck, a lounge, and an observation deck up top.

The Haul can move in two different ways. It can be towed by a pickup truck, in which case the top structure can be taken apart and folded into the rest of the “building.” When at Burning Man or trade shows, it can move under its own power as well, though not by steam power as you would be tempted to believe.

As O’Hare admitted in a Collectors Weekly interview back in 2012, he did build a boiler for it, but it proved impractical, so the Haul has an agricultural diesel engine. Top speed is of about 5 mph (8 kph), with O’Hare once remarking that “if we hit 7 miles [11.2 kph], we’re going too fast.” In self-propelled mode, the Haul is steered with a wooden ship’s wheel in the command room, but it’s safe to say that “steering” is more of a performative task than anything.

Imagined as a cross between a trolley car, a steamboat, a train engine and a Victorian house, and inspired by the Romani vardo, the Haul is a “premium exploratory vehicle,” the imagined base of researches from the Traveling Academy of Unnatural Sciences. O’Hare himself, dressed in a 1927 U.S. Navy officer uniform and going by the moniker Major Catastrophe, is the master and commander of the Haul.

While often described as an RV, the Haul serves mostly as base for the “researchers” and a place where they hang out to exchange observations over gin and tea. The lounge is the best example in this sense, packed as it is with a varied collection of curiosities gathered during worldwide expeditions. It is also well-appointed and can seat up to six guests: it has a library, which hides a secret emergency staircase, a bar, a pair of stuffed chairs and table, and a camera obscura from back in the day when Jules Verne was still alive.

As noted above, the Neverwas Haul changes yearly, though not in design or in any immediately apparent way. According to O’Hare, he and the team replace stuff that breaks or gets too worn out, and change up the collection of finds so as to reflect the latest series of imagined adventures.

Perhaps the most distinctive aspect of Neverwas Haul, beside the striking design, is the fact that it’s made almost entirely from recycled materials. One man’s trash is another man’s treasure, the saying goes; in this case, one man’s trash is O’Hare’s obtanium: he says 75% of the materials used in the build is “crap” people bring at the yard. When not traveling to Burning Man or art fairs, Neverwas Haul is stationed at Obtanium Works in Vallejo, California, where it can be visited or even rented.

As for the purpose of Neverwas Haul, it’s admirably noble – and difficult because of it: to encourage people to create and to tell them to follow their dreams until they become real. If it takes a steampunk motorized build that’s equal parts unsettling and equal parts awesomeness to send this message to the world, we’re all here for it. 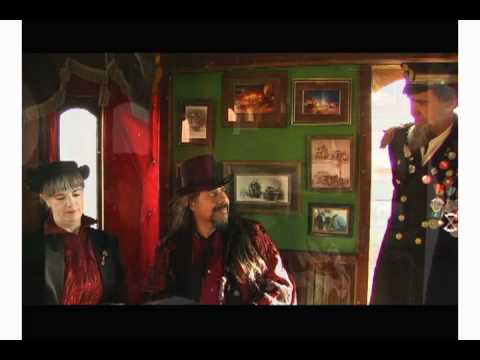 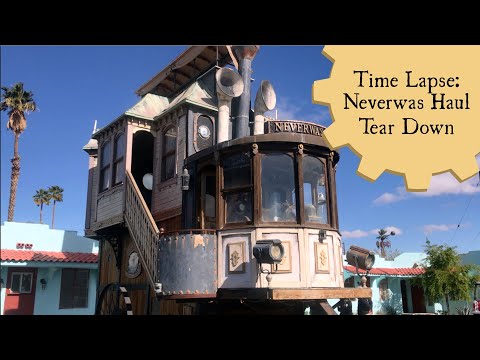 U.S. Residents Can Now Electrify Their Classic Cars With this Innovative Electrogenic Kit